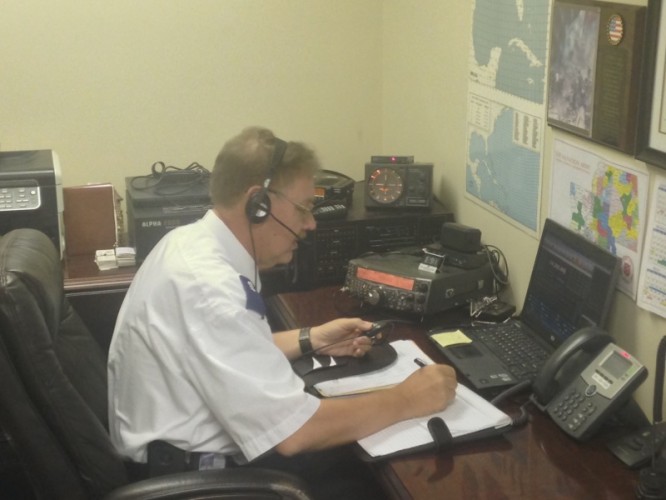 National Community Relations and Development Secretary Lt. Col. Ron Busroe said, "Bill has been a committed leader for many years in both Emergency Disaster Services and SATERN and we look forward to his leadership of the SATERN program."

Major McPherson said of Feist’s appointment, “It is heartwarming, in that it indicates Salvation Army review of the importance of the SATERN program as a component of Salvation Army response, and because the individual chosen has a proven record in disaster response.”

Feist later stated, “Major McPherson has done a phenomenal job of creating and advancing the SATERN program within The Salvation Army.  I am glad that he will continue to be able to share his knowledge and insight as an active member of the national SATERN leadership team.”

Feist became an amateur radio operator in 1968 as WN8BZH while still in high school and made an immediate ongoing commitment to amateur radio public service communications with past memberships and leadership positions in RACES (Radio Amateur Civil Emergency Service), ARES (Amateur Radio Emergency Service) and SKYWARN (a weather spotting program sponsored by the National Weather Service).

During his career as both a volunteer and a full-time staff member with The Salvation Army, Feist has responded to numerous structure fires, hazardous materials incidents, SWAT incidents, tornadoes, floods and a forest fire.  He has also responded to several major national disasters including being the SATERN Coordinator for the Red River Valley Flood (1997), the Red Zone Coordinator for two weeks at the World Trade Center (2001) and as the ALM EDS Director for Hurricanes Ivan (2004), Katrina and Rita (2005), Gustav (2008), Isaac (2012) and the 2011 Tornado Outbreak.  He also helped organize or lead the ALM Division’s long-term recovery efforts for Hurricanes Ivan and Katrina and the 2011 Tornado Outbreak.