The Salvation Army Responds To Tornado Outbreak in Northern Mississippi 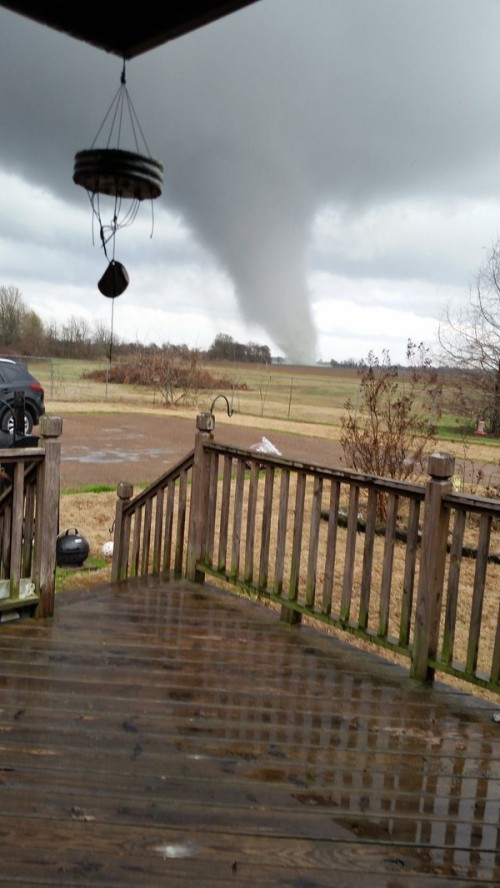 Worst hit was the town of Holly Springs in Marshall County.  Lisa Coleman, Service Center Director for the Oxford, MS, Service Center deployed quickly to the staging area in Holly Springs to provide snacks and hydration to over 200 responders including eight different Search and Rescue (SAR) teams from several counties in two states.  Coleman reported that the tornado struck eight separate areas still undergoing Search and Rescue efforts for several people still missing.  There were several confirmed fatalities including a 7 year old boy.

Several churches in Holly Springs had also reported to the staging area to provide sandwiches and water.  The Canteen (mobile kitchen) from Tupelo, MS, will be deployed to Holly Springs in the morning to provide hot food and drinks in supplement the work of local churches.  The Salvation Army is also coordinating its’ efforts with the local American Red Cross office.

The tornado outbreak also struck the small town of Walnut, MS, in Tippah County.  Service Center Direct Michelle Miles of the Corinth, MS, Service Center reports that she will be deploying in the morning to Walnut to assist that community with food and hydration as it cleans up from the storm.

In Coahoma County, the community of Clarksdale, was struck.  The community opened a shelter for the night.  The local emergency manager has asked The Salvation Army to check with him in the morning to see what assistance is needed. A Canteen in Jackson, MS, is on standby to assist in Clarksdale if it is needed.