The Salvation Army Disaster Services Is Always There - Even on Christmas Eve! 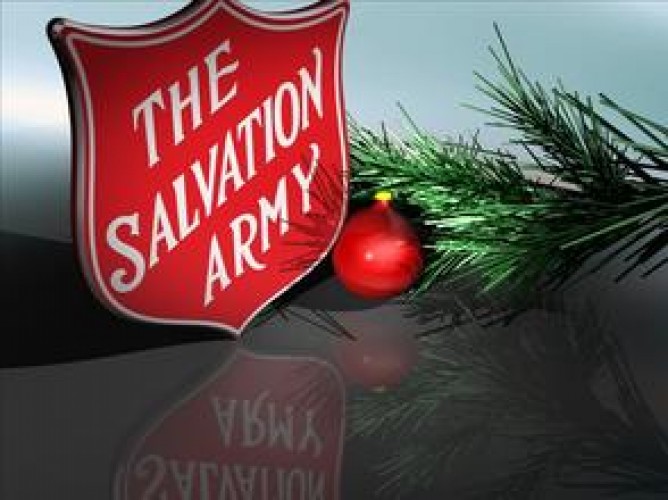 Jackson, MS (12/24/2015) – It is Christmas Eve and The Salvation Army is serving responders and survivors of a pre-Christmas tornado outbreak in northern Mississippi.

In the afternoon of Wednesday, December 23rd, several rural towns in northern Mississippi were struck by multiple tornadoes affecting six different counties.  So far, there are six confirmed fatalities including a 7 year old boy and several people still missing.  Hundreds of homes have been damaged or destroyed throughout the area.

Worst hit was the town of Holly Springs in Marshall County.  Lisa Coleman, Service Center Director for the Oxford, MS, Service Center deployed quickly that evening to the staging area in Holly Springs to provide snacks and hydration to over 200 responders including eight different Search and Rescue (SAR) teams from several counties in two states.  Coleman reported that the tornado struck eight separate areas still undergoing Search and Rescue efforts.

Several churches in Holly Springs had also reported to the staging area to provide sandwiches and water.

On Christmas Eve (Thursday) morning, Coleman returned to the area with additional snacks and supplies.  She is also being supported by a Canteen (mobile kitchen)  and EDS Team lead by Susan Gilbert from the Tupelo, MS, Corps.

In addition to providing service in Holly Springs, Coleman and Gilbert are also supporting a request received from Benton County through the State Emergency Operations Center (State EOC) to support 75 Search and Rescue personnel.  The SAR team is searching for two additional missing persons near Lamar, MS.  Coleman will bring food to that staging area from the Canteen in Holly Springs just a few miles away.

By the afternoon, Coleman was informed that teachers in the area had visited the children in their classrooms and found over 50 children who had lost all of their Christmas gifts along with their homes.  As a result, Coleman is bringing all of the remaining gifts from The Salvation Army Christmas distribution program to Holly Springs to set up a Christmas Store at the Mulit-Purpose Center on Christmas Eve night.  The children and their families will be able to select new toys, clothing and shoes for Christmas.  Toys for Tots has agreed to partner with The Salvation Army in this effort.

The tornado outbreak also struck the small town of Walnut, MS, in Tippah County where officials report up to 133 homes damaged or destroyed.  Service Center Director Michelle Miles of the Corinth, MS, Service Center deployed an EDS Team on Christmas Eve to provide food and hydration at Harmony Baptist Church which is serving as both a shelter and community staging area for public service personnel.  Miles has told Tippah County EMA and the local Department of Human Services that The Salvation Army will continue to support them for the next several days as needed.

In Coahoma County, the community of Clarksdale, was struck.  The community opened a shelter on Wednesday night.  The Greenwood Corps has sent an assessment team to Clarksdale and has their Mobile Feeding Vehicle (catering truck) on standby. In addition, the Canteen in Jackson, MS, is also on standby to assist in Clarksdale if it is needed.

The divisional office is also coordinating activities with its partners in Mississippi VOAD (Voluntary Organizations Active in Disaster) including the American Red Cross and the Mississippi Baptist Convention.  The American Red Cross operated two shelters and supported another community shelter while providing an ERV (Emergency Response Vehicle).  The Mississippi Baptists have chaplains on scene throughout the impacted communities.

Other Mississippi VOAD partners are assessing the situation and determining what their response will be in recovery.