Flood waters falling in North, rising to the south, Salvation Army prepared to help across LA and MS 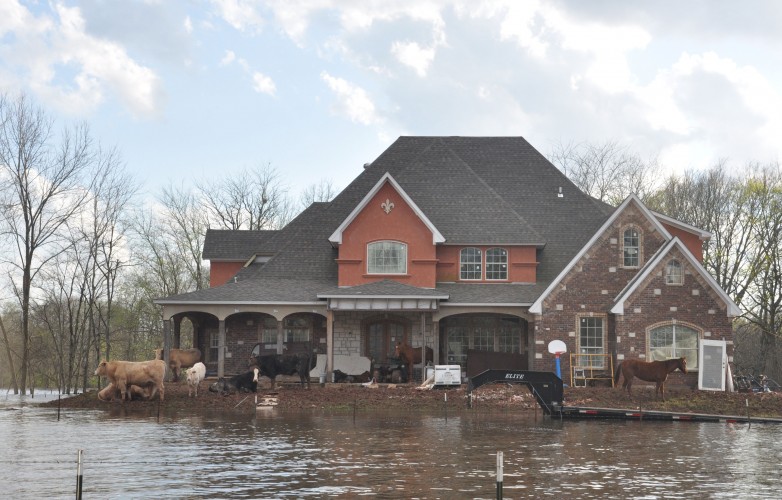 JACKSON, MS (March 15, 2016)- The Salvation Army of Alabama, Louisiana, Mississippi is prepared to help residents on two fronts as flood waters fall and rise across the Division. The flood waters that brought devastation to thousands of homes and communities in Northern Louisiana and the Mississippi Delta are slowly beginning to recede, however many of the region’s rivers moving that water out of those areas are expected to overflow their banks in Southern Louisiana and Mississippi.

The Shreveport and Monroe Corps received 400 clean up kits a piece Tuesday in addition to the truck load of supplies already delivered over the weekend. The Greenville, Mississippi Corps received 400 clean up kits Monday and began passing those out in the community, plus they are supporting a shelter in Washington County still open for flood survivors.

In Hattiesburg, Mississippi, The Salvation Army has served 342 meals and drinks to flood survivors and first responders from Forrest and Perry Counties since Saturday. Residents were forced from their homes by the rising flood waters along the Leaf River.

On the Mississippi Gulf Coast, The Salvation Army is ready to serve and is staying connected with county officials to respond at a moment’s notice.

“Our canteen is loaded and we are in constant contact with our local emergency management directors on the Gulf Coast. We are just waiting on the call,” said Major Gary Sturdivant, Mississippi Gulf Coast Command Officer.

In Southwest Louisiana, near Lake Charles, 1500 residents have evacuated their homes, and flood waters have closed a portion of Interstate 10 at the Louisiana-Texas state line.

“We are constantly monitoring the rising waters, and we are ready to work with local officers should we be needed for meals, shelter, and supplies,” said Lieutenant Richard Watts, Lake Charles, Louisiana Corps officer.

Financial donations are the best way to support those affected by these devastating tornadoes.  Donations can be made online here or by calling 800-SAL-ARMY, by texting STORM to 51555 or by sending a check to your local Salvation Army, earmarked, Emergency Disaster Services.

While used clothing and used furniture are seldom required during disaster response, these gifts are vitally important in supporting the day-to-day work of The Salvation Army. Please consider giving these items to the local Family Store by dialing 1-800-SA-TRUCK (1-800-728-7825).
For the latest emergency disaster services news from The Salvation Army, please visit www.disaster.salvationarmyusa.org or follow the social feed on Twitter at @salarmyeds.

About The Salvation Army
The Salvation Army, an evangelical part of the universal Christian church established in 1865, has been supporting those in need in His name without discrimination for 130 years in the United States. Nearly 30 million Americans receive assistance from The Salvation Army each year through the broadest array of social services that range from providing food for the hungry, relief for disaster victims, assistance for the disabled, outreach to the elderly and ill, clothing and shelter to the homeless and opportunities for underprivileged children. 82 cents of every dollar spent is used to carry out those services in 5,000 communities nationwide. For more information, go to www.salvationarmyalm.org.