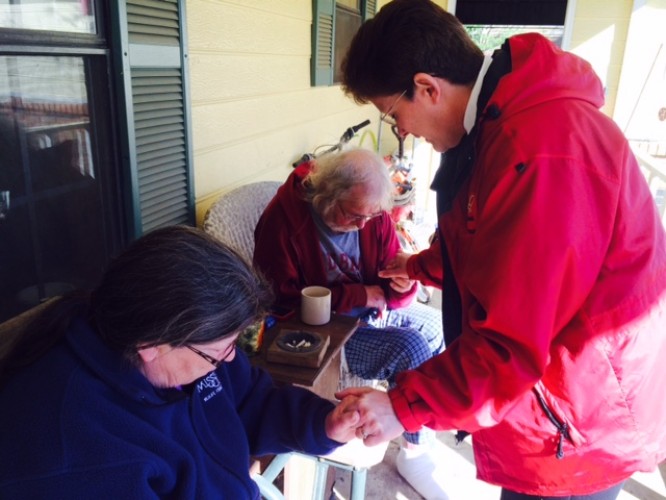 Residents in the Lake Over subdivision near New Hope, Mississippi still cleaning up from storms that left a path of toppled trees and damaged homes were met with a welcome sight Saturday morning as The Salvation Army of Columbus served breakfast and lunch.

“We found a central location and delivered drinks and donuts this morning,” said Major Alan Phillips, Commanding Officer Columbus Salvation Army. “Then with the help of volunteers, and even our advisory board president, we served meals out of our canteen.”

The Salvation Army passed out fifteen dozen donuts along with coffee, water and orange juice and also served lunch. Power was restored in the neighborhood, but residents told Major Phillips work in the area to remove debris and trees had been a difficult process. Officers drove through the neighborhood and spoke to many residents simply to offer them an encouraging word or prayer.

“You could see it on their faces. Everyone was just extremely tired. Those we spoke to had been working nonstop since the tornado hit on Thursday night,” said Major Phillips.