The Salvation Army Prepares to Respond to Overnight Houston Floods 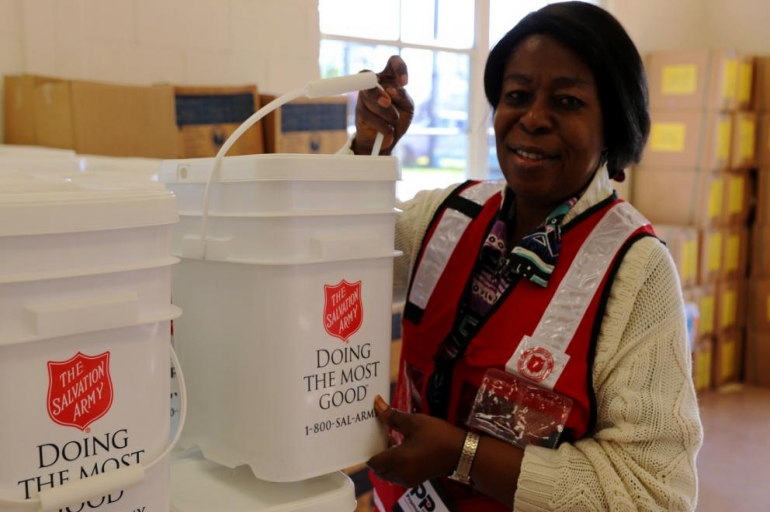 Dallas, Texas (April 18, 2016) – Significant overnight rainfall has resulted in flash flooding in the Houston area prompting The Salvation Army to ready local disaster response units. Many highways and neighborhoods are flooded after more than 16 inches of rain fell in only a few hours.

Major David Feeser (Houston Northwest Corps) is coordinating the response efforts that will include mobile kitchens from The Salvation Army locations in Pasadena, Conroe and Houston Northwest. Other disaster units from around the state are on stand-by and will be deployed as needed. Teams will deliver meals, hydration and emotional and spiritual support to first responders and affected individuals, responding initially in the Greenspoint and Meyersland areas. Salvation Army Officers, staff and volunteers will be ready to serve as needed throughout the coming days as the waters recede and the immediate needs of the community become clearer.

A tractor trailer load of Salvation Army clean-up kits - containing a mop, broom, bucket, cleaning and sanitizing supplies, towels, rags, and gloves - will arrive in Houston tomorrow providing essential items for those who will begin the clean-up process. A load of food boxes is expected to arrive by the end of the week.

“We have three mobile kitchens stocked and ready to deploy as soon as it is safe to do so,” said Major Feeser. “The Salvation Army will be working closely with partner agencies and the City of Houston to assess the areas of greatest need. We are committed to serving those who find themselves in times of crisis whether that be through a hot meal, a cold drink, or an encouraging word or prayer.”

Donations to support the ongoing Salvation Army response efforts can be made at http://tsatx.org/houstonfloods, or by calling 1-800-SAL-ARMY.