Multiple County Response Ongoing For The Salvation Army in Texas 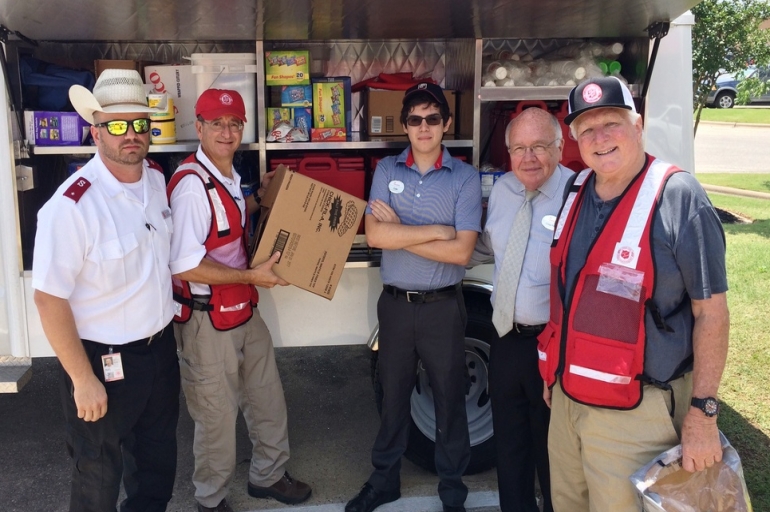 Dallas, Texas (June 1, 2016) –  The Salvation Army Texas Division continues to support widespread response efforts across Texas due to the recent severe weather providing food and hydration services to first responders and residents as well as distribution of cleaning supplies.

Salvation Army staff is involved in the State Operations Center and in several local Emergency Operations Centers. Alvin Migues, Emergency Disaster Services Director for The Salvation Army in Texas said, “Coordinating a large scale response of this kind is very challenging particularly as many roads are closed due to rising water. Entire towns are being asked to evacuate but many people do not want to leave their homes. The Salvation Army is committed to helping those affected in what could be a long-term response effort, involving multiple units over a large area.”

After sustained heavy rain that began before the Memorial Day weekend several counties in the state, particularly between Austin and Houston, are facing widespread flooding and the threat of rivers cresting near or above record levels.

All Salvation Army units across the division have been briefed on the current situation and are on stand-by.

Donations to support the ongoing Salvation Army response efforts can be made by calling 1-800-SAL-ARMY, or online at http://tsatx.org/TX_Floods