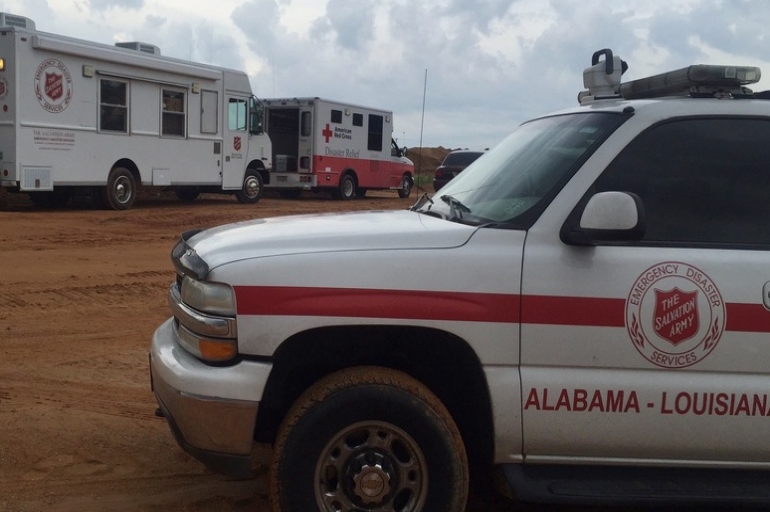 Jackson, MS - First responders along with search and rescue crews are on scene of what appears to be a tragic accident in Copiah County, Mississippi, near the town of Crystal Springs, and The Salvation Army, Jackson Corps is serving meals in support of that operation.

The Jackson Corps is working in coordination with local officials and the Red Cross to serve meals, snacks and drinks from the canteen at the location for first responders as well as family members who have gathered and are holding out hope their loved one will be found.

Emergency Management officials say this operation could take up to a week.

“We will have our canteen and Special Forces’ volunteers here to help as long as these first responders are here,” said Joe Micelli, Director of Operations  for the Jackson Corps of The Salvation Army. “It’s the beginning of summer and conditions will be hot, so we will provide water and hydration for those trying to help these two men.”