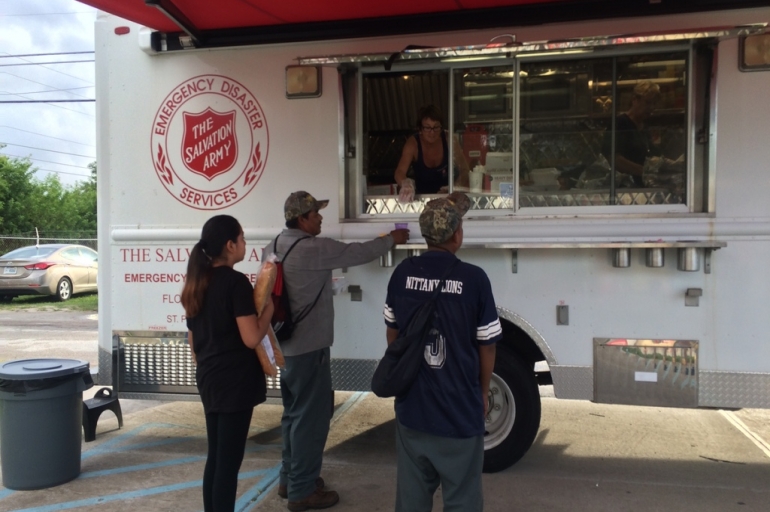 Clearwater, FL (June 10, 2016) – Several residents of Mariner’s Cove Mobile Home Park in Clearwater, Florida experienced loss of power this week due to flooding after Tropical Storm Colin. They were left facing clean up needed throughout their neighborhood, as well as the inability to cook a meal in their home.

The Salvation Army was on site to serve a hot dinner and cold water to anyone who stopped by the mobile kitchen. In total, 110 meals and 162 bottles of water were distributed by trained Salvation Army staff and volunteers.

Power has been restored to the homes in the Mariner’s Cover neighborhood and no additional meals are scheduled to be provided at this time.

“We are honored to serve our neighbors impacted by Tropical Storm Colin, and will remain on standby to deploy where needed,” says Captain Mike Harris, Salvation Army Commanding Officer for Upper Pinellas County.