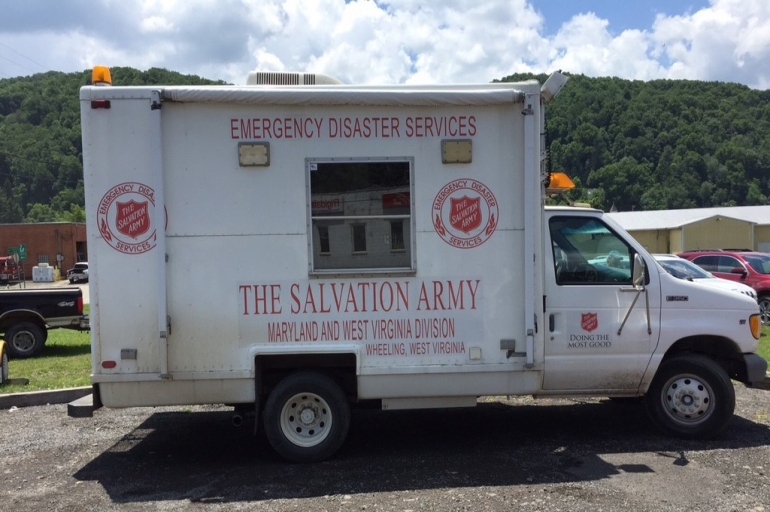 Also, in Nitro, West Virginia, The Salvation Army’s Huntington, West Virginia Corps has provided cots so that cooks and other volunteers with Operation Barbecue can be sheltered in the Nitro Lodge of Moose International.  The Lodge is serving as a sheltering, cooking, and staging site where Salvation Army Canteens will be restocked daily to deploy as directed by County Emergency Operation Centers to areas of most need.

In less than 72 hours, The Salvation Army provided more than 6,600 meals, nearly 3,400 snacks, and more 7,500 drinks to flood victims and emergency responders over a four-county area.  These services will continue as long as needed and as requested by West Virginia County Emergency Operation Centers.  As relief efforts continue, The Salvation Army anticipates widespread distribution of cleanup supplies and the initiation of case work after the July 4th holiday.