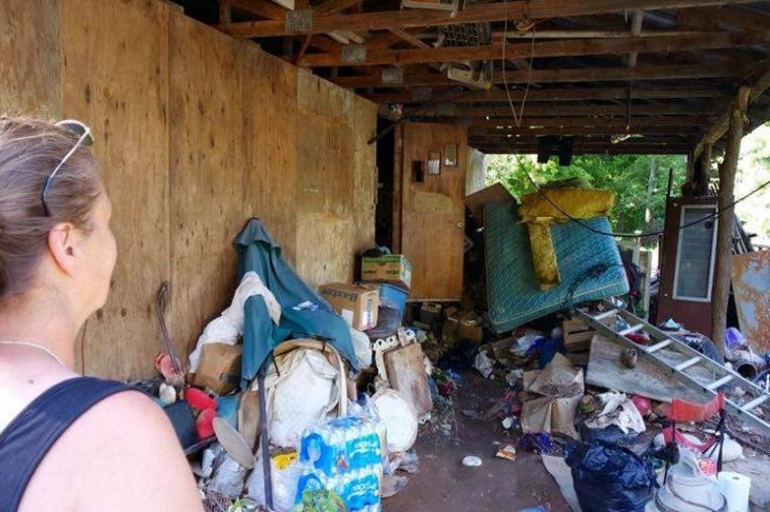 The Salvation Army provided food and water to Anna Conley, who lost almost all of her belongings in the floods.

A local Pastor has held the faith that love, unity, and community would find a way to bless the citizens of Newton through this disaster; little did he know that it would be his very own family that would be touched.

In the wake of the flooding the Pastor faithfully prayed for blessings to abound in his community, that his neighbors would come together to lift up the hurting and the lost. Reaching out to The Salvation Army Disaster Services, our onsite Officers prayed with this Pastor, served his family meals, and offered any relief and solace they might need. The Lord shone mercifully upon the Pastor’s faith as his prayers for reunification were answered when his family came together to work for the betterment of their community.

“Disasters of this magnitude have a way of reminding us what really matters,” said Captain Roger Hasty of The Salvation Army Disaster Response Team. “The Salvation Army is humbled to be able to bear witness to the miracles of the Lord in a time of such distress, and we will continue to pray and serve this community until the needs of those affected are met.”

Captain Hasty will be mailing 40 song books to the Pastor’s church, to replace the ones the pastor lost during the flood.