The Salvation Army Assists the City of Cleveland During RNC 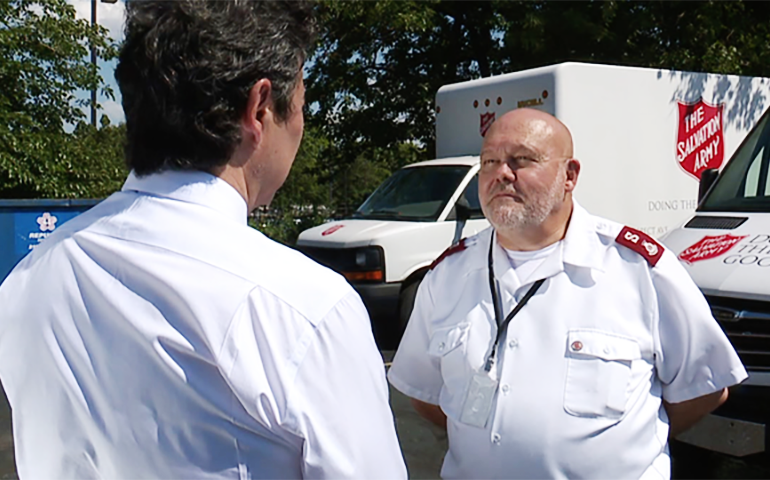 (West Nyack, New York) - In an effort to aid the city of Cleveland during the Republican National Convention, The Salvation Army is setting up four mobile canteens to provide beverages and snacks for first responders and other public service partners that are being brought in to provide safety, health and human services. The Salvation Army will serve 500 meals per day for temporary shelters should there be a need. The Army also has bilingual officers on standby to assist with emergency communications with the public.

The Salvation Army of Greater Cleveland, along with the local FBI office and other community partners, is reaching out to educate the community and area businesses of the increased risk of human trafficking at large public events, and to encourage citizens to call law enforcement to intervene.

The Salvation Army provides shelter and rehabilitation for Cleveland’s human trafficking victims, as well as detox programs and preventative measures for at risk youth. The Salvation Army’s long history of helping the most vulnerable population makes the organization an expert on warning signs, common situations, and victim profiles here in Cleveland, as well as across the country.

To learn more about The Salvation Army, and how you can get involved, visit SalvationArmyCleveland.org