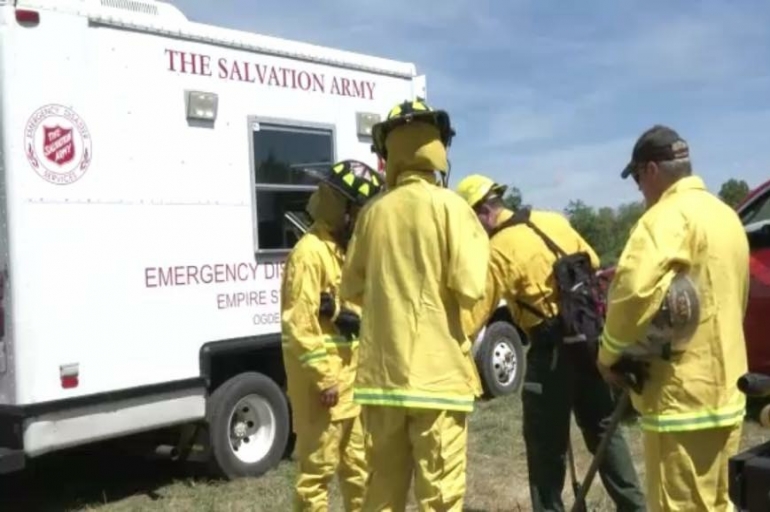 (Ogdensburg, New York) - - The Salvation Army Emergency Disaster Services team based in Odgensburg, NY (St. Lawrence County) was requested and responded to a wild fire in Rossie, New York on Tuesday. The team provided canteen and hydration services to 30 firefighters who were involved in containing and extinguishing a fifteen acre fire off South Woods Road.

“The request to respond came from the St. Lawrence County Office of Emergency Services. Our team of volunteers provided meals, snacks and water at the fire scene. We are grateful to the Ogdensburg Salvation Army for supervising and staffing this important operation,” said Michael Schwartz, Divisional Disaster Director for the Empire State Division of The Salvation Army.

Firefighters from St. Lawrence and Jefferson Counties were involved as were the New York State Forest Rangers.