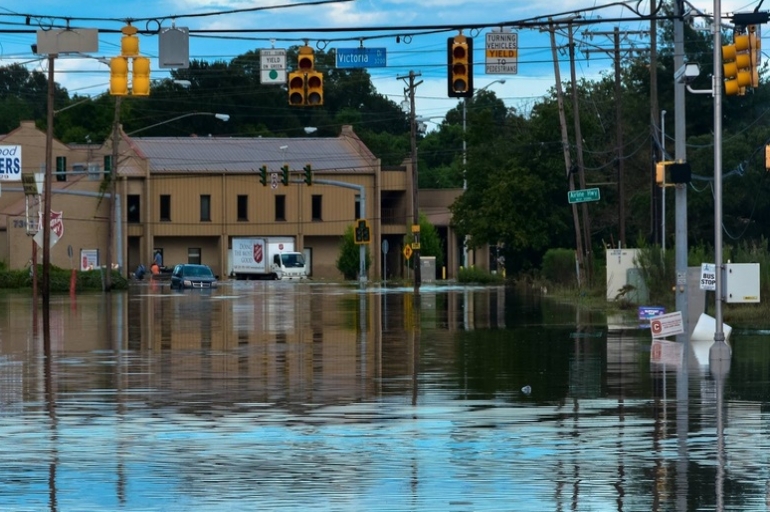 This week in Baton Rouge for Captains Brett and Mary Meredith, it was their shelter that flooded, it was their employees who lost homes, it was their clients who had to be moved to another location for safety’s sake, and it was their lives turned upside down in a matter of hours…and that was just the beginning.

“My first thought was about our staff, and where are the clients going to go, where is the community going to go,” said Captain Mary Meredith, Baton Rouge Corps Officer.

Then the sun did come up and revealed just how devastating this storm had been; thirty inches of rain brought historic flooding, deaths, and tens of thousands of homes damaged. The Baton Rouge Command facilities flooded on the entire bottom floor, and the new men’s ‘Center of Hope’ shelter only weeks from completion was also impacted.

“You learn very quickly, you make due with what you have,” said Captain Brett Meredith. Baton Rouge Corps Commander.

What they had was a damaged community who needed their help, so with no time to lose heart or hope, the Meredith’s with the help of other Salvation Army officers and employees went to work.

“It’s about people not about the building,” said Captain Mary Meredith, as she stands in the middle of an old department store that is now The Salvation Army’s donation center for the area. “It’s about our volunteers, our staff and our community…what you see here is what happens in our building.  It’s just relocated.”

So now, instead of the Captains picking up those around them, roles have been somewhat reversed as truckload after truckload and person after person showed up to drop off supplies to be handed out to those in desperate need of hope and help.

“We have a lot of wonderful people around the country looking out for us,” said Captain Brett Meredith.

And that “pick me up” from complete strangers, groups from out of state was all that was needed to refocus everyone on the mission in front of them.

“We want to be there to take care of them, just as if our facilities weren’t damaged,” said Captain Brett Meredith.