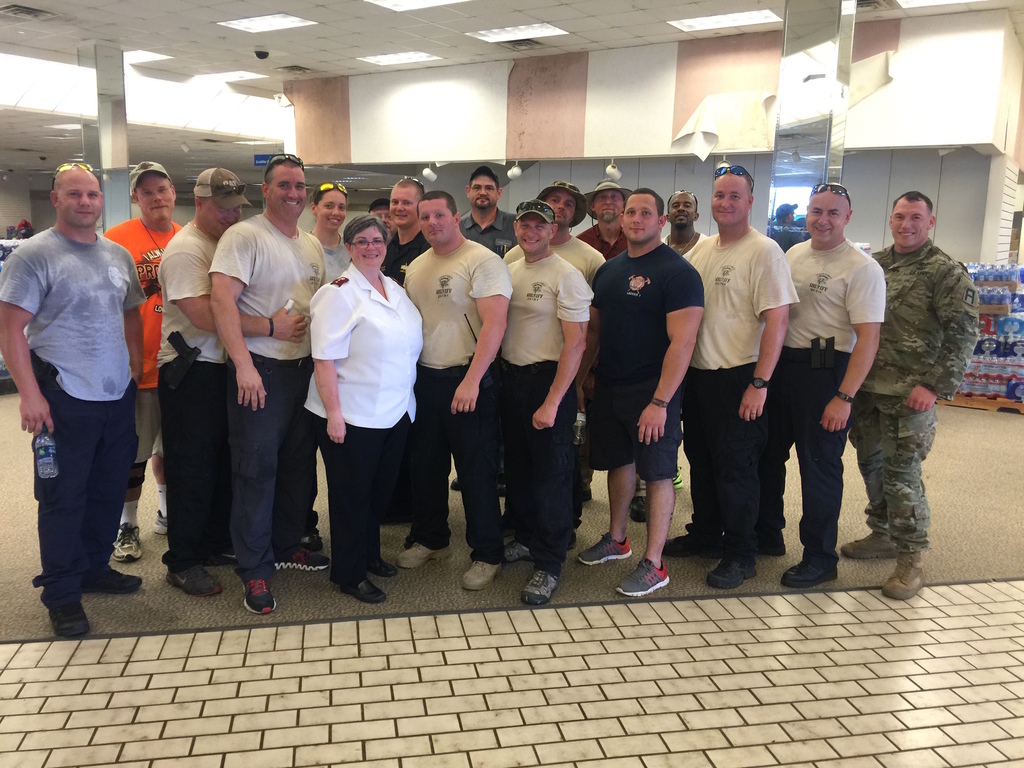 Baton Rouge, LA – The images flashing across televisions and social media accounts around the world tell a story of devastation across Southern Louisiana. The historic rainfall of last week impacted thousands of homes and families; people need food, drinks, and cleaning supplies, but also simple everyday things we take for granted like diapers, paper towels, shampoo and soap.

People and organizations from across the country are responding in ways that can only be described as overwhelming to those bringing relief to those in greatest need.

One of those groups is the Lamar County, Mississippi SWAT team located near Hattiesburg, Mississippi. They originally scheduled a training day for Wednesday, but an idea to serve changed those plans.

A text message among officers started it, then a Facebook post, and all of a sudden local media is calling. Twenty four hours later, officers had one eighteen wheeler, a 24 foot covered trailer, a 20 foot box truck and a 20 foot trailer full of supplies for Baton Rouge.

“I honestly think people remember the response our home received after Hurricane Katrina and the 2013 tornado,” said Shepherd. “ They realize the need, know what people are going through, and they are showing compassion.”

But it wasn’t just heroes from out of state, but some from right around the corner from The Salvation Army’s Baton Rouge Command that was flooded too. Hazel Bradley-Averhart thought her house would be flooded too but was miraculously spared, so she wanted to give back and help somehow.

“I am Christian so I think this is best place for me to be…at this place helping sort goods. I know The Salvation Army will give back,” said Bradley-Averhart.

Baton Rouge Officer, Captain Mary Meredith is tasked with organizing the donated goods for distribution to the community. She says the generosity from everyone is greatly appreciated.

“We are so very thankful,” said Captain Meredith.

All monetary donations can be sent by texting STORM to 51555 on your mobile device or going to http://give.salvationarmyusa.org/gulf_coast_floods. You will also find information on this webpage on how to donate by phone and through mail.