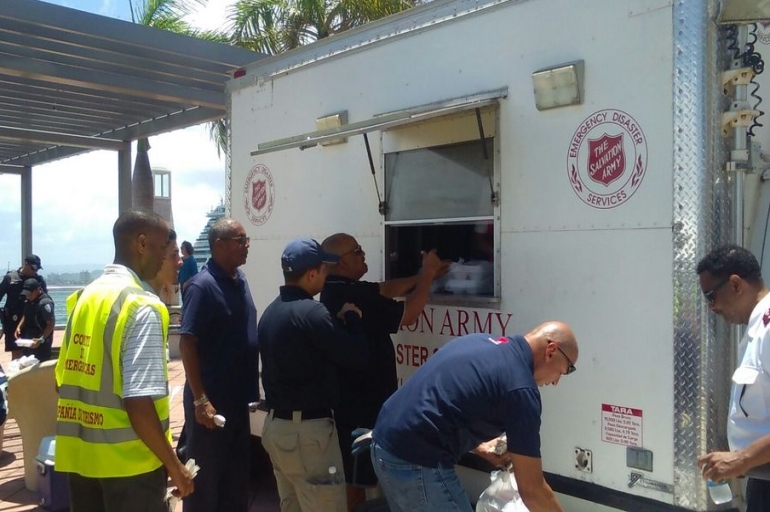 Yesterday, two miles off the coast of San Juan, Puerto Rico, the Coast Guard safely rescued more than five hundred passengers from a burning ferry with passengers from the Dominican Republic.  The fire started in the ship’s engine room and quickly spread throughout the vessel, according to US Coast Guard spokesperson. First responders and a host of emergency management agencies were called to aid the passengers, who were traveling on a vacation cruise.

Responding quickly to the scene, The Salvation Army EDS Director Miguel Rivera answered the call to assist with officers and volunteers from the San Juan Corps to serve meals and hydration to the first responders and emergency management agencies working at the scene.  The Corps was assisted by Major Diaz of the ARC Command in San Juan, as well.  In all, 280 meals were served and 500 bottles of water were given out on a very hot day in the port of San Juan.