"I Serve Because I Was Served:" 9/11 Worker Becomes Volunteer in Louisiana 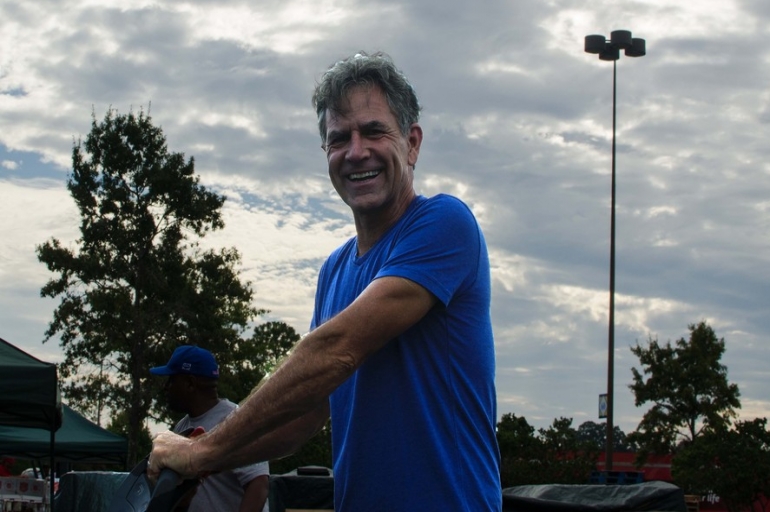 Baton Rouge, LA - Joe Hillmann came to know The Salvation Army at Ground Zero 9/11.  He was an environmental consultant for Verizon.  While he was at ground zero he saw firsthand the work that The Salvation Army was doing.  For those three months, he was a recipient of many meals provided by The Salvation Army.  Those meals are something that would stick in his mind for many years.

When asked what led him to volunteer with The Salvation Army he responded:

“I was fed by The Salvation Army for three months and I never forgot that.  I always said if there was a time and way I could serve with The Salvation Army I would.  I had many options to serve here in Baton Rouge with many different organizations, and I remembered The Salvation Army, so I came to volunteer for a day.  I ended up running the car line.”

Joe was instrumental in getting the car distribution lines, where people are able to drive through and get the supplies they need, up and running smoothly.  There are days, like yesterday Friday, August 26, 2016, where 1000 + cars go through the line.  To be exact, yesterday 1,336 cars went through our line and received food (both non-perishable and some perishable like hams that we have been giving to each car), cleaning supplies, hygiene products, and other supplies we had available at the time.

The magnitude of the sacrifice Joe is making to help others really hits home when you find out that he is from New Orleans, having moved there after Hurricane Katrina where he served as an environmental consultant.  He took a week off of work to be here in Baton Rouge, and is paying for his own hotel and meals while serving the community of Baton Rouge.

When asked what stood out the most this week to him he responded:

“It’s a little sad at times as people drive through the car line to get supplies and they’re living in their cars.  Everything they own is piled up in the car, but they are appreciative to be able to get things from this line.”

He went on to say:

“Disasters suck, but they have a way of bringing people together.”

Thank you Joe Hillmann for your dedication to serving others while helping The Salvation Army Do the Most Good.