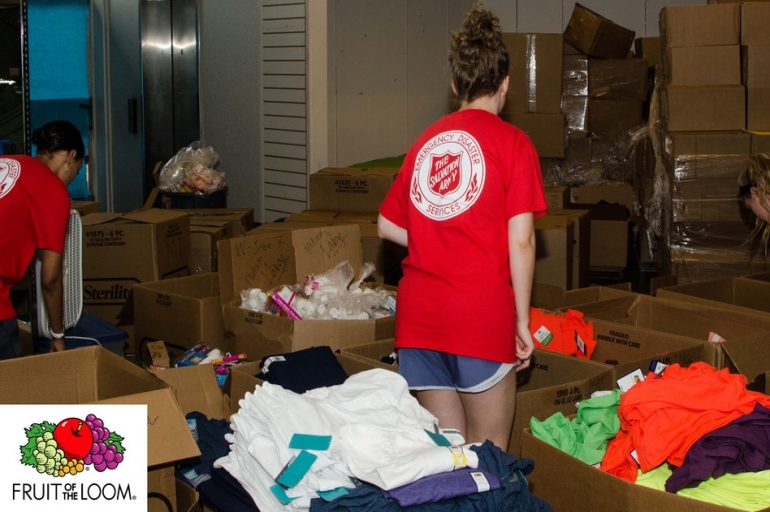 “In times of adversity, we recognize the need to step in and help our neighbors as they recover from one of the worst floods our nation has seen in years,” said Rick Medlin, President and CEO, Fruit of the Loom. “While there is so much loss, we only hope that our donation can provide some relief as these victims overcome such tragedy. Our hearts go out to all of those suffering from this disaster.”

Fruit of the Loom, Inc.’s donation is valued at more than $100,000 and will be given to flood victims of all ages in the Baton Rouge area.

“In the face of devastation, we have found comfort in the widespread support coming from all over the country,” said Major Edward Binnix, Incident Commander, Salvation Army South LA Flood Event. “Fruit of the Loom’s donation is particularly special because these items are going to be used by people who have lost everything and need everything. All the way to their basic clothing. We’re beyond grateful for their generous donation.”

The Salvation Army is still accepting donations from across the country. For more information, go to http://www.salvationarmyusa.org/.

Thank you for your generosity!