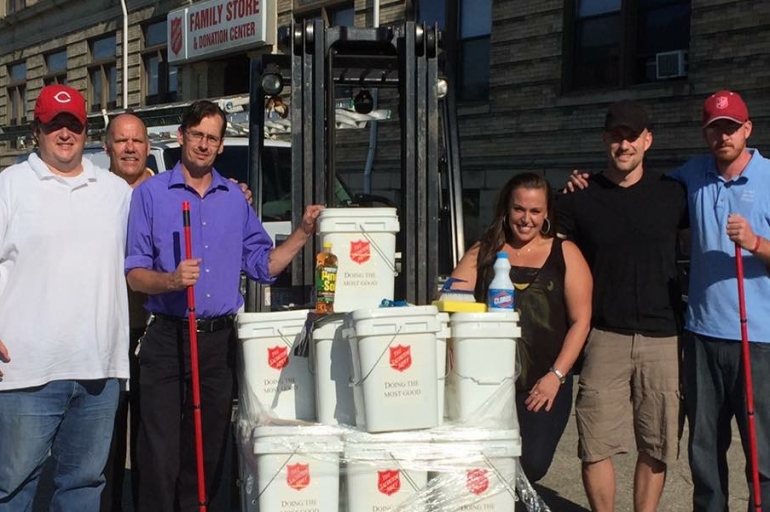 Cincinnati, Ohio, 08/31/16 - The Salvation Army in the greater Cincinnati, Ohio area is distributing disaster clean-up kits through a number of outlets, supporting those who are at work recovering from massive flooding in the area.

With what the National Weather Service has called 100 year floods, Norwood, St. Bernard, Cincinnati and other Southwest Ohio communities were inundated with as much as 4 inches of rain in a very brief period. While the flooding both came and cleared quickly, many residents were left to clean up the mess. The flooding saw some streets being swept down with over 3 feet of water. Local corps and the Cincinnati Adult Rehabilitation Center are active in distributing the clean-up kits, which contain 15 items from a broom and mop to gloves and bleach in a bucket to ease a bit of the pain of those affected. "For many, it's a simple reminder that they are not alone" says Major Klenk from Cincinnati. "In many cases, it is their community Army that is reaching out to them".  As the needs contiune, The Salvation Army is mobilizing additional resources to respond to support the men, women, and children of the Cincinnati area.