The Salvation Army of Georgia Prepares for Tropical Storm Hermine 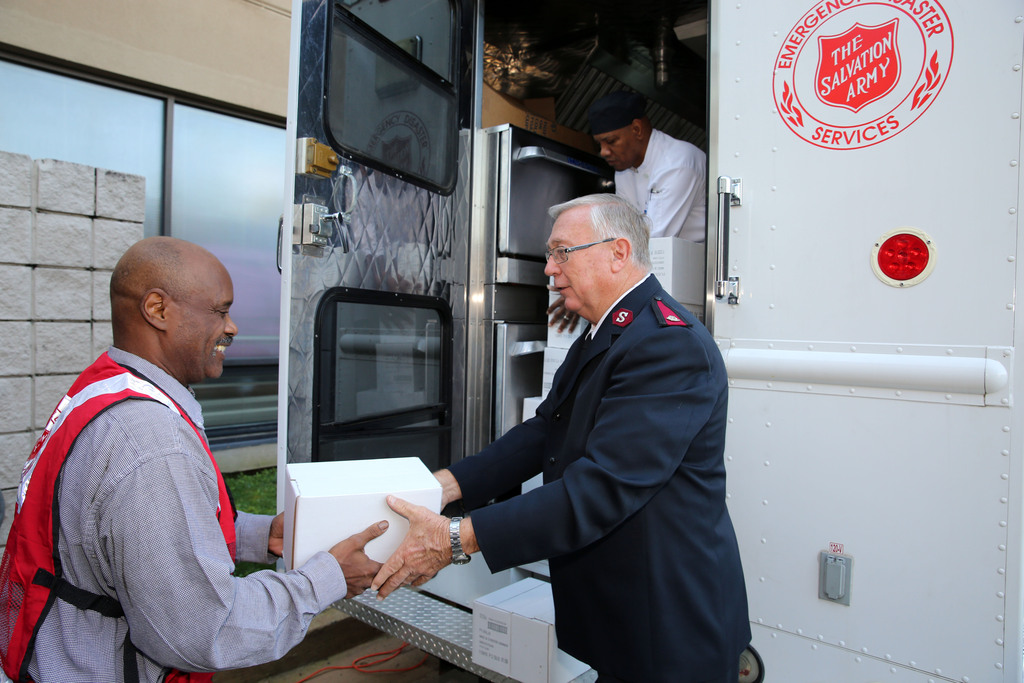 September 1, 2016  (Atlanta, GA) – The Salvation Army of Georgia is preparing and on stand-by, ready to help those in south Georgia and north Florida who may be impacted by Tropical Storm Hermine.

“Every Salvation Army canteen in Georgia is on alert and ready to be deployed to help when and where needed,” said Major Jack Butler, Emergency Disaster Service Director for The Salvation Army of Georgia.

The Salvation Army works with partners at the Georgia Emergency Operations Center to coordinate relief efforts for impacted areas. The Salvation Army of Georgia has a fleet of 21 mobile feeding units (canteens) designed for rapid and free-standing response. According to Major Butler, “The canteens will be stocked with two full days of food and drinks ready to serve affected areas.” After deployment, the mobile canteens will have the ability to restock and move throughout affected areas to serve those in need.

The Salvation Army of Georgia has established an Incident Response System (ICS) team to monitor the storm and communicate with state and local officials to coordinate efforts and respond effectively. In times of disaster, The Salvation Army traditionally serves and prepares meals from its mobile canteens, helps distribute cleaning supplies, and offers comfort to those impacted.

According to Major Butler, "The best way to help survivors and relief workers is to make a financial contribution." Monetary donations allow disaster responders to immediately meet the specific needs of disaster survivors as the situation continues to be assessed.

Those who want to help people directly affected by Tropical Storm Hermine as asked to visit www.disaster.salvationarmyusa.org or call 1-800-SAL-ARMY.