The Salvation Army Responds to Severe Flooding in Western Pennsylvania 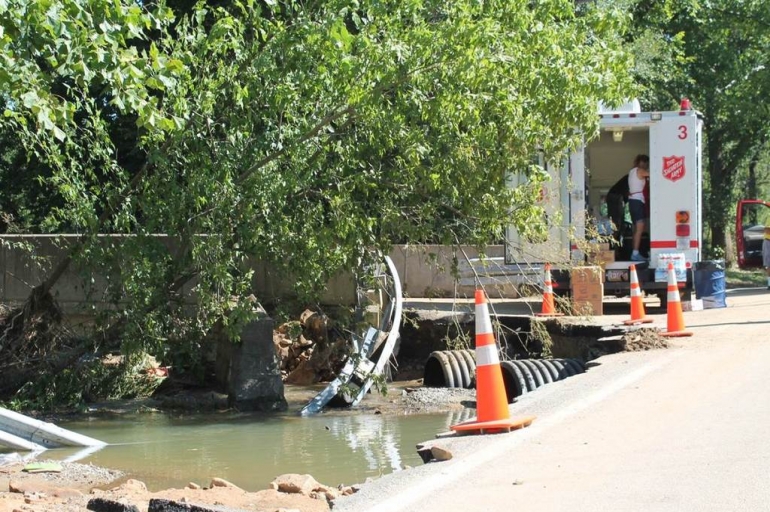 While much of the country focuses on Tropical Storm Hermine, preparing for high winds and flooding, The Salvation Army, Western PA Division has been actively engaged in two areas of serious flooding. Both Connellsville, PA (in the area of Dutch Bottom, just South of Pittsburgh), and Bullskin Township are actively engaged in major flooding with more than 100 homes being affected. Many of these homes had over five feet of water impacting the first floor with some being condemned immediately due to obvious structural issues.

The Army, working with the local Ministerial group, has served meals, snacks and hydration for the last three days.  Mobile feeding units are serving more than 300 meals at lunch and a slightly larger number at dinner, with those numbers expected to grow as word reaches people that The Salvation Army is there to serve.  We are also helping to feed the volunteers and contractors who are working long shifts to clean up damaged homes.