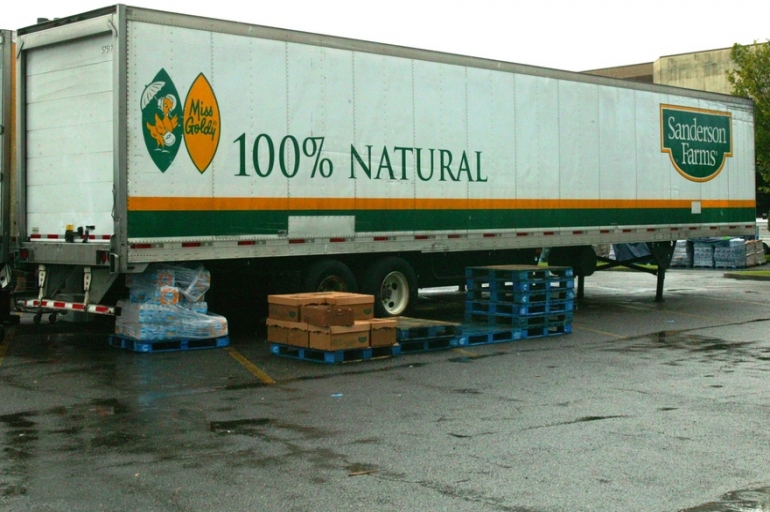 BATON ROUGE, LA (September 5, 2016) – Sanderson Farms, Inc. donated 50,400 pounds of ice to The Salvation Army’s Disaster Response Center in Baton Rouge, Louisiana. In addition to the truck load of ice, their generous donation included a refrigeration truck to keep the ice frozen until it is used.

The ice is being used on the 20 mobile canteens currently in service in the area, as well as the mobile field kitchen. This donation will last at least two weeks and is a tremendous help to The Salvation Army.

“The ice donation from Sanderson Farms is extremely helpful to The Salvation Army as we continue to feed flood victims throughout the Baton Rouge area. We are serving an average of approximately 5,000 meals per day and this donation has been a tremendous help as we continue our relief efforts,” said Alvin Migues, Incident Commander of The Salvation Army Disaster Response Center in Baton Rouge.

The Salvation Army is still accepting donations from across the country. For more information, go to http://www.salvationarmyusa.org/.