The Salvation Army Helps Those that Need it the Most 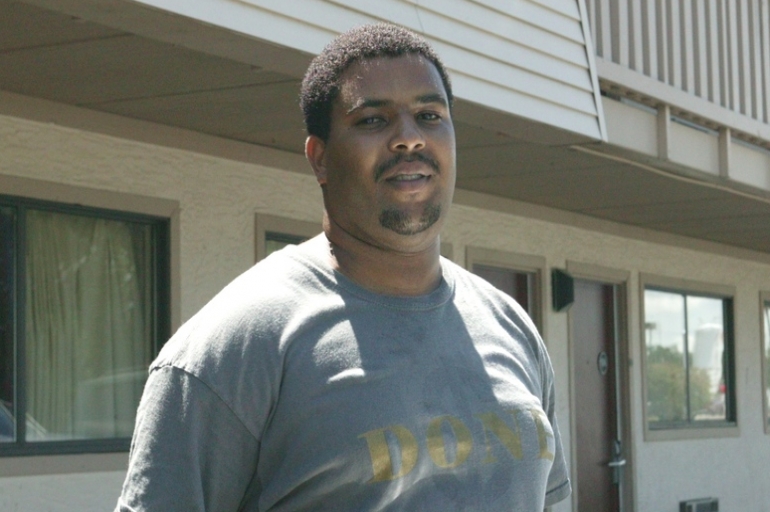 LAFAYETTE, LA – (September 10, 2016) Keven Terrio, age 26, is from Baton Rouge, but he is currently living in a hotel in Lafayette. His apartment flooded and he was rescued by boat on the second day of flooding. According to Keven, the water in his apartment was approximately 4-5 feet high in his apartment at the time of his rescue. He was picked up by a boat and left all of his belongings behind.

Initially, he was taken to a temporary shelter and spent five days living there. His mother lives in Zachary, LA and her home was also flooded. His mother and two sisters were placed in a hotel with one bed. Not wanting to burden his mother, he called a friend to pick him up and take him to the nearest available hotel he could find, which brought him to Lafayette.  He has been living an hour away from his home for more than two weeks now.

“I don’t know anyone here, I don’t know where anything is located or how to get around. I have no family here, no transportation, and no income. I’ve been very isolated here,” said Keven.  “I have nothing. I feel very grateful that someone has even attempted to help me. I’m very grateful for The Salvation Army.”

It was clear that Keven was feeling isolated and The Salvation Army was there to help meet his immediate needs. “It means so much to have someone stop and take the time to help me,” said Keven.  The Salvation Army shared a warm meal with Keven, as well as other emergency assistance services to help him along.  He was given a food box and personal hygiene items to help him until he finds a permanent housing solution.

“The Salvation Army is here at times of disasters to help meet the individual needs of people affected. It’s a privilege and honor to be able to show the love of Christ by serving those who need us the most,” said Captain Mark Gilliam, Incident Commander of The Salvation Army Disaster Response Team in Lafayette.