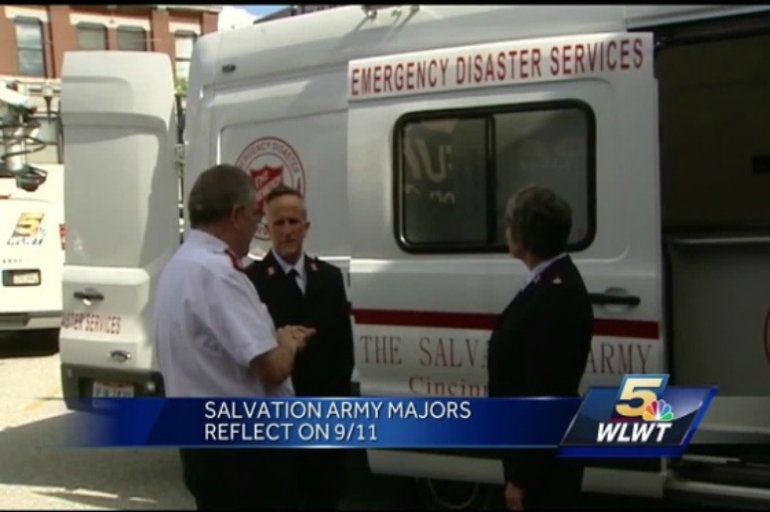 The Divisional Commanders for the SWONEKY Division, Majors Larry and Janet Ashcraft recounted their experiences to multiple news outlets concerning their time at Ground Zero and The Salvation Army’s work 15 years ago.  Majors Ashcraft were on the scene in NY within hours of the attacks doing the most good despite a hectic and traumatic scene.  Major Larry Ashcraft worked distributing food and water as well as emotional and spiritual care.  Major Ashcraft stated, “People just stood as the remains came out.  My job that day was not to dig in the pile or remove remains, it was to put my arm around people who were suffering as they pulled out colleagues who had died.  Major Janet Ashcraft served as a chaplain in the morgue.   According to WLWT Channel 5 News, the lesson the Ashcraft’s say they learned on that day was despite the death and chaos, people came together as a nation.   Mrs. Ashcraft added, “In the crisis of 9/11, people pulled together; it didn’t matter what race they were, it didn’t matter their religion or belief system, what mattered was that they drew together.”

The Salvation Army continued to serve at ground zero with a multitude of resources for over a year, and still continues to care for the people of New York City as they have for the past 136 years.