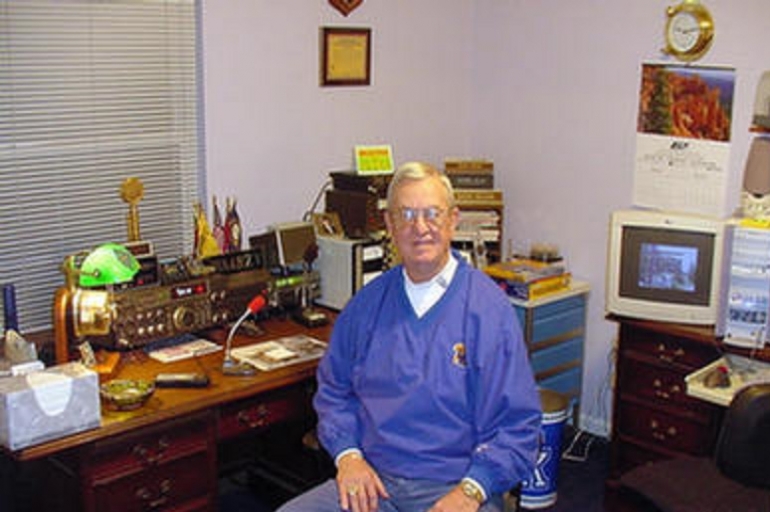 NHQ SATERN (10/03/2016) – Quentin E. Nelson (87), WA4BZY, Former SATERN National Health & Welfare Coordinator, became a Silent Key (passed away) at 5:30 AM on Friday, September 30, 2016 at the St. Elizabeth Hospice in Edgewood, KY.  "Silent Key" is a very old morse code operator term that indicates that an operator's morse code key will no longer be heard on the air because the operator had passed away.

Nelson retired from the Gates Rubber Co. after 40 years of loyal service. He was a U.S. Army veteran and an avid University of Kentucky fan who followed Big Blue football and basketball for many years. Nelson was also a fan of the Waffle House and the staff there were certainly fans of Quent! In addition, he enjoyed golf and wood-working.

Nelson was an active amateur radio operator.  He obtained his Worked All States (WAS) certificate (#408) and his Radioteletype (RTTY) WAS certificate (#0057).

Nelson’s volunteer work for The Salvation Army as a member of the Salvation Army Team Emergency Radio Network (SATERN) was dear to his heart.  “Quent” was appointed as the National SATERN Health & Welfare Coordinator by SATERN Founder Major Patrick E. McPherson, WW9E.  Nelson worked with both the Southern and Central Territorial Headquarters in that capacity for many years.  He responded to numerous major national and international disasters for The Salvation Army in his SATERN capacity until he retired from that position just a few years ago.  During Hurricane Katrina, he managed the SATERN Health & Welfare program as it handled some 25,000 emergency, priority and health & welfare messages.

Other disasters Nelson was involved with include the earthquakes in Mexico City, Guatemala and San Francisco, numerous hurricanes including Betsy, Andrew, George, Mitch, Katrina, Rita, and Wilma.  He also responded to the events of 9-11 at all three sites.

Nelson also served as the Assistant Net Manager for the International SATERN SSB Net for many years.

Funeral services for Nelson will be held on Saturday, October 8 at 11:30 AM at Forest Lawn Cemetery in Erlenger, KY.  Major Robert Klenk will attend and participate in the ceremony on behalf of The Salvation Army.  The family has asked that people who wish to remember Nelson with a gift or flowers should provide a gift to The Salvation Army at Southern Territory Headquarters, 1424 NE Expressway, Atlanta, GA  30329-2088 in his memory.

Please keep the Nelsonn family in your prayers during this difficult time.