Stories from the Frontline in North and South Carolina 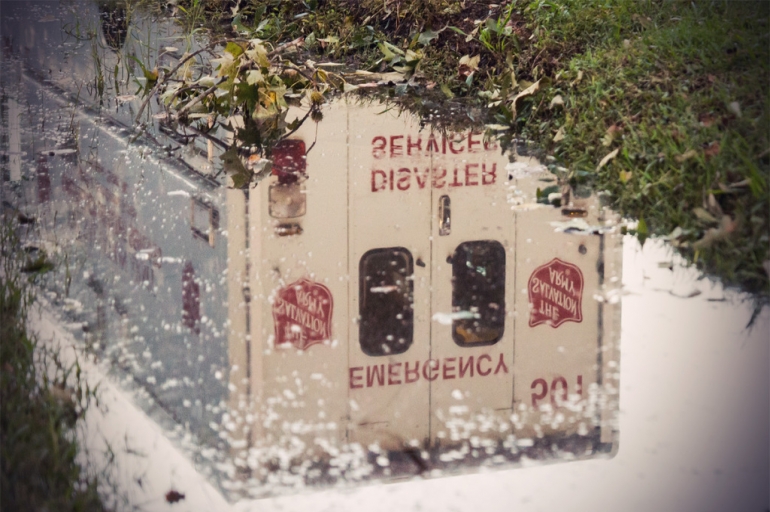 Charlotte, NC - When you think about responding to disasters, serving those who need us most, your first thought might not be the most positive. But, what we know is that, when we have an opportunity to provide individuals with their most basic needs in a time of crisis, we experience true, genuine gratitude. People are so incredibly thankful when we are able to hand them a hot meal and speak an encouraging word.

We wanted to share just some of the stories of the people that we are privileged to encounter every day that we are serving in the community.

Renaldo came to us and told us about peopel in his apartment complex that needed help.

Renaldo is an amazing individual that we met near John's Island when we stopped to refuel. The night that we met him, the police had blocked all access to and from the island. Renaldo, who uses an electric wheelchair, saw The Salvation Army canteen and drove it through several inches of water. When he arrived, he told us that his apartment complex was still without power and there were still several families who needed help. Our crew followed him home and found more than thirty people – including many children – there that were in need of food and water.

We met Captain Campbell with the National Guard while serving in Edisto Island.

Captain Campbell was serving with the National Guard on Edisto Island when our canteen crew met up with him. He has certainly served in many disasters and when we arrived he asked "What would a disaster response be without The Salvation Army? You guys are everywhere, doing everything!"

Clean Clothes on their Back

Our canteen teams are grateful for all of the support that we receive.

When you serve on a disaster response team, there isn't always time to tend to the small things – like doing laundry. We're grateful to people like the pastor of one of our volunteers who helped our team out by doing their laundry! We are so grateful for anyway that people are able to help.

We met Joni at a shelter operated by the Red Cross in Bluffton, SC. The Salvation Army is partnering with the Red Cross here and helping to provide the meals. In spite of everything, Joni was great and said, "If you have to live through a hurricane, this is the place to do it. Everyone has been so nice!"

We're so inspired by the people that we meet every day during disaster services. We wanted to share just a few of their stories so that you can meet the people and know a little about the lives you change when you make a donation to The Salvation Army.