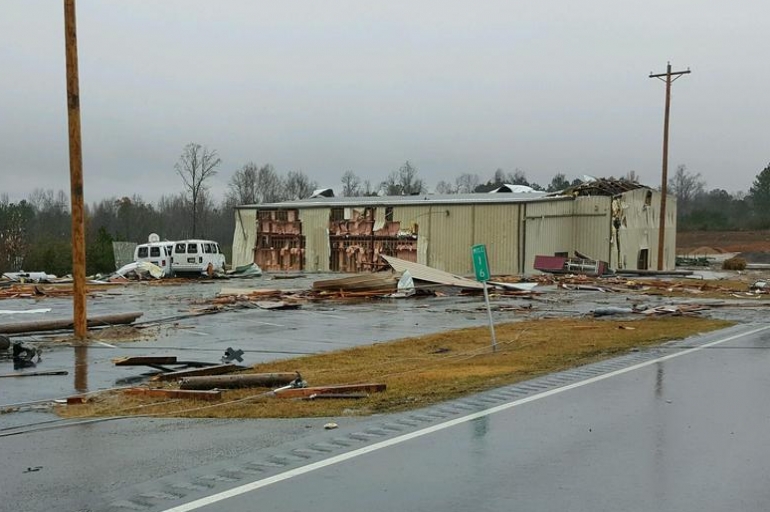 A line of thunderstorms dropped several tornadoes across the Alabama, Louisiana, Mississippi Division Tuesday afternoon into Wednesday morning. Six tornadoes were reported by emergency officials in Mississippi alone, but the most severe damage has been reported in Northeast Alabama near the towns of Rosalie and Ider.

Ridgeway says the winds picked up Tuesday afternoon and was followed by one tornado warning after another during the night. She says one of the main churches in Rosalie “has been flattened”, and unfortunately, this area has seen this devastation before.

“We are one of the only service centers that has a canteen because something like this happened back in 2008 in our area,” said Ridgeway. “We have seen this before, but it doesn’t make it any easier. We just know what to do and how to help.”

Local emergency management officials are still doing assessments of the damage in Jackson County. Ridgeway says they will know better once those assessments are finished how many meals to prepare for lunch and dinner for the next several days.

“People are already calling to provide meals and help serve,” said Ridgeway. “County commissioners and law enforcement have helped, but it’s been our board members so far who have manned the canteen and are doing great. We would not have been able to help these folks without our board members stepping up.”

In Dekalb County, Alabama, The Salvation Army Service Center in that county has feed nearly 150 first responders and residents in Ider, Alabama which saw a tornado destroy buildings and homes in that community.

Financial donations are the best way to meet the evolving needs and to support relief efforts.  The Salvation Army asks those who want to help the individuals and families affected by disaster to visit www.disaster.SalvationArmyUSA.org or call 1-800-SAL-ARMY and designate “disaster efforts.”  Monetary donations will ensure The Salvation Army can meet the most immediate needs of those impacted most.