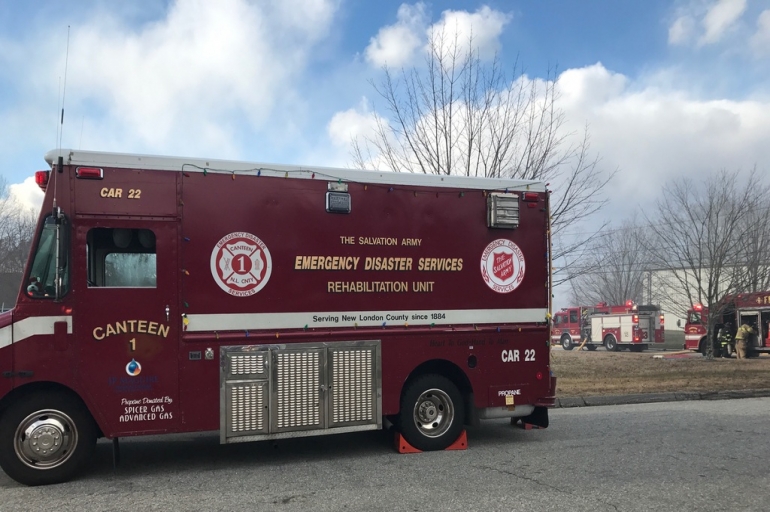 On Thursday, December 15th, 2016 the New London Canteen was deployed to a fire which broke out at the Sauchuk MJ Recycling Plant at 10:45AM in the morning. The Salvation Army of New LONDON, CT battled frigid temperatures and biting winds to aid first responders at a fire that broke out at a recycling plant in Ledyard, CT. Hampered by freezing hoses and strong winds, the firemen realized they were going to be on scene for a considerable amount of time. After serving cold drinks, hot drinks, lunch and supper, they were released from the scene at about 10:00PM, nearly 12 hours later. Those on scene thanked The Salvation Army for providing this valuable service which enabled the first responders the ability to remain on scene while enjoying hydration and food service.