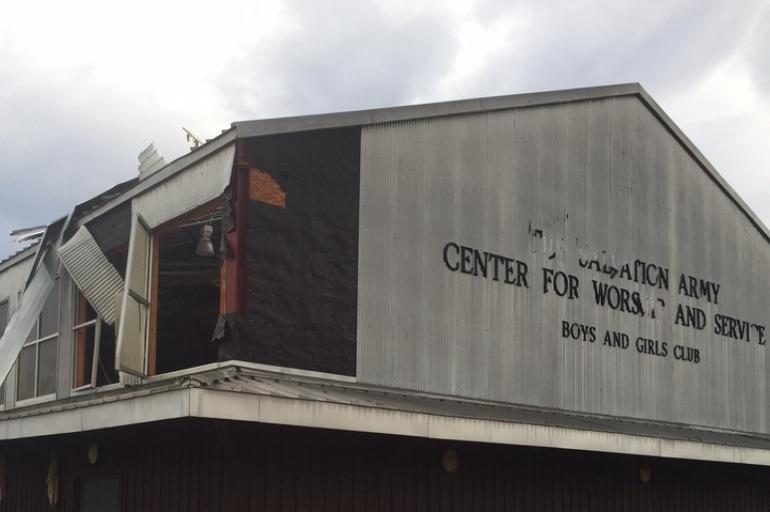 Hattiesburg, MS – The Hattiesburg Salvation Army was not spared by a tornado that blew through the Pine Belt early Saturday morning. Before the sun rose, Corps Officer, Captain Patrick Connelly arrived on his campus and knew it was bad.

“Before first light, I could tell there were windows blown out and standing water in the buildings,” said Captain Connelly.

Captain Connelly says the winds also peeled back the roofs on every building on campus. The Hattiesburg Salvation Army facilities include a homeless shelter, church sanctuary, administrative offices, and a Boys and Girls Club for after school programs.

“This won’t stop us. In fact, we will have feeding trucks on our campus feeding lunch to those in the area who are in need,” said Captain Connelly.

The Jackson Salvation Army is sending two mobile feeding units to Hattiesburg to help. One of the vehicles contains a full kitchen capable of feeding hundreds of meals a day.

How People Can Help
The best way to help after a disaster is to make a financial donation to the charity of your choice. Monetary contributions also support local economies and ensure that businesses can operate when relief supplies diminish.