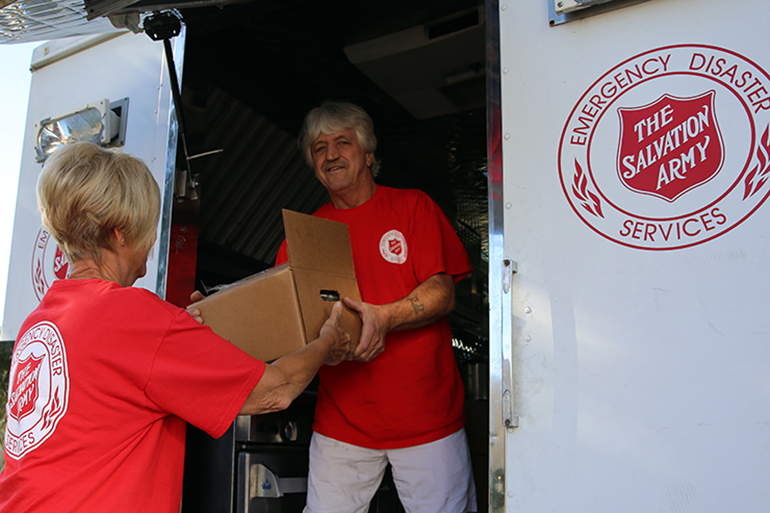 January 23, 2017 (ALBANY, GA) – A weekend of devastating storms tore across the southeastern U.S. taking in its wake the lives of 15 Georgians. In response, The Salvation Army of Georgia deployed five of its mobile feeding units (canteens) to provide aid and support for first responders and those affected by the storms. Additional canteens are on stand-by across the state to further support the Georgia relief efforts, or to deploy to other impacted areas as needed. Canteens from Albany, Bainbridge, Elberton and Columbus, GA are currently serving in the Albany, GA area, and a canteen from Valdosta, GA is serving the Cook County area.

The state of Georgia averages 20 tornadoes a year. During the storms that passed through Georgia from early Saturday to Sunday night, 30 tornadoes were reported.

“To all in South Georgia impacted by this deadly storm, we are keeping each of you in our thoughts and prayers as we take action to move quickly and serve compassionately,” said Major Jack Butler, Emergency Disaster Director for The Salvation Army of Georgia.

The Salvation Army canteens deployed are tasked with providing hot meals, snacks and hydration to first responders and those affected by the storms.