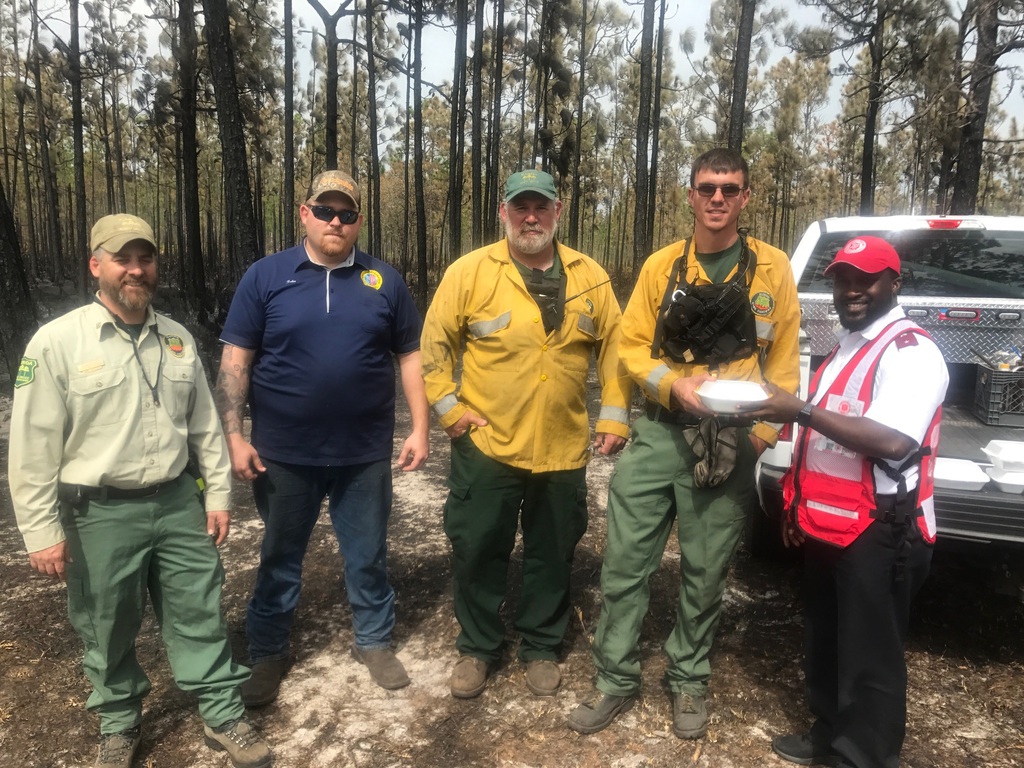 The Polk County wildfire, which is now 75 percent contained, engulfed more than 5,500 acres over the course of a few days. While much of the land was brush, the fire did destroy several homes including the mobile home park.

Bernabe spent his day with residents, comforting them and helping to identify community resources to meet their needs.

“Many of the people evacuated and they came back to see their homes,” he said. “Their homes were ashes.”

Several of the residents he spoke with were rushed to evacuate by the Polk County Sheriff’s department, leaving behind everything including their vehicles.

“One person left in such a hurry that all she had was her wallet and phone,” he explained.  “Even her vehicle was destroyed.”

Along with providing emotional and spiritual care to residents impacted by the fire, The Salvation Army of Winter Haven also provided more than 200 meals to first responders battling the blaze between Thursday and Sunday morning.

“It is always a pleasure to be there in service of others,” he said. “It’s a privilege to serve.”

The best way to help The Salvation Army provide disaster relief is to make a financial contribution.

The Salvation Army asks people who want to help those directly affected by the fire to visit www.disaster.salvationarmyusa.org or call 1-800-SAL-ARMY.