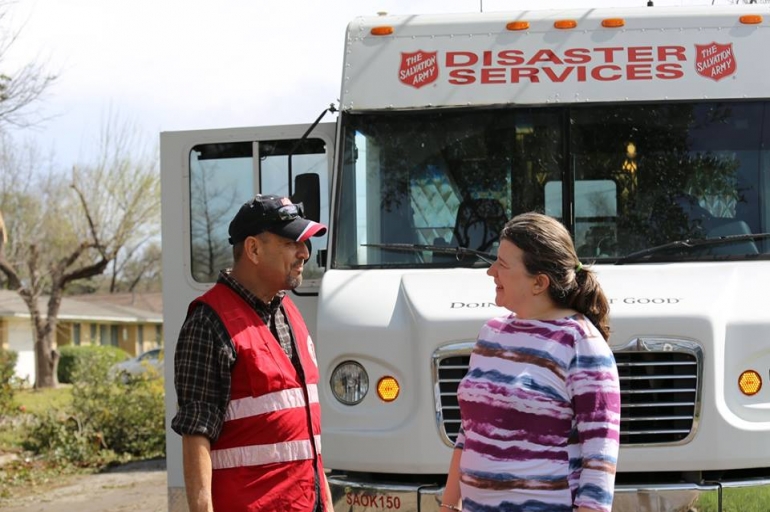 San Antonio, TX - In the late evening of Sunday, February 19, a severe storm system moved through San Antonio, Texas, causing significant damage to homes and businesses in the north of the city.

Two Salvation Army mobile feeding units with crews from San Antonio and New Braunfels were deployed and provided roving food and hydration services for survivors and first responders. One unit provided meal service to residents based at the Howard Elementary School in the Alamo Heights area. Clean up kits and water were sent from The Salvation Army EDS warehouse in Arlington and arrived in San Antonio late in the afternoon.

"By mid-morning our crews were in the affected areas and working to assist people with food, snacks, drinks and encouragement. Fallen branches and debris was a major issue in several communities and our staff rolled up their sleeves and worked alongside residents in the clean up effort," said Alvin Migues, The Salvation Army Emergency Disaster Services Director for Texas. "Water and clean up kits will be made available to residents tomorrow and we are working closely with partner agencies to make sure that we are providing meaningful and effective support."

The Salvation Army will continue to assess the needs of the communities affected and provide services as needed in the coming days.