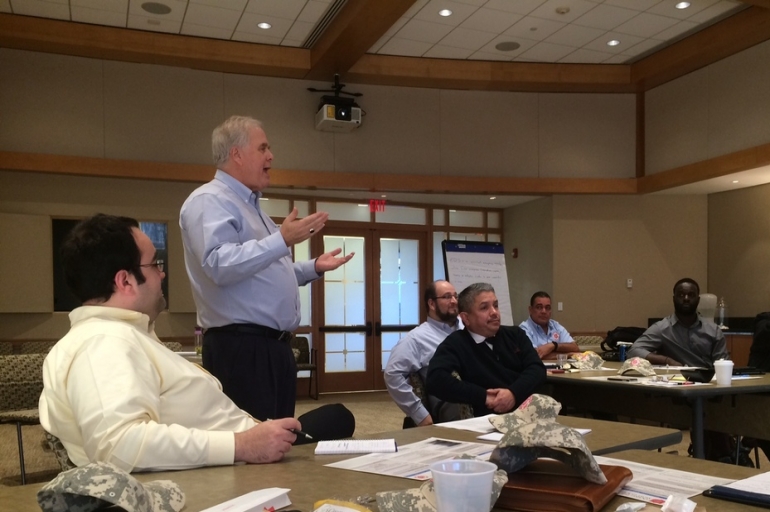 These gatherings allow the territorial disaster directors to talk about what they did right over the past year, their plans for the coming year, and to look at what can be done better in the future.  Cincinnati Area Command EDS Director, Major Bob Klenk stated, "The make-up of the territory varies greatly and the actions that happen in New York are vastly different than what is encountered in Southern Ohio."  Major Klenk added, "It helps us do a better job in our own areas when we hear how others are doing this work in theirs."

The workshop sessions included a myriad of topics including future training opportunities, both internally and with our external partners.  Several sessions were held to talk about the lessons learned from the past years work, including the Salvation Army's efforts at both the Republican National Convention, which was held in Cleveland, and the Democratic National Convention, which was held in Philadelphia.  The directors spent a time discussing the core capabilities of EDS and how these might intersect with other Salvation Army initiatives. These dialogs included a working session with territorial administration to discuss the future of disaster services in this territory.

The work of Emergency Disaster Services within The Salvation Army is a vital part of the overall mission of the organization and allows those served to experience the love of Christ in a physical way, and this has to be done well.  Territorial EDS Coordinator, Mike Orfitelli added, "We need to constantly get better at meeting people and serving them where they are at and these territorial meetings of our disaster personnel creates a space for this to happen."