Emotional and Spiritual Care An Important Component of Disaster Response 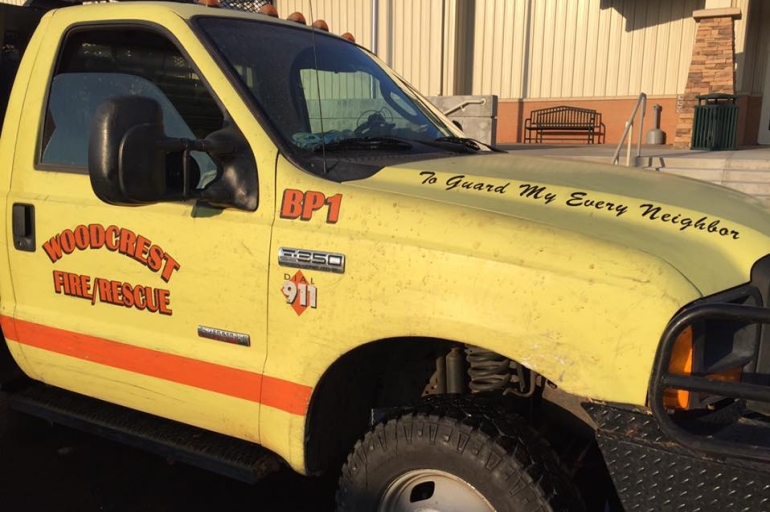 The Salvation Army was located at the staging center of the operations for the firefighting response.  Many of the various firefighters and members of task forces came in for meetings and to take a break from the smoke and heat.  Although food and hydration were important to the wellbeing of responders, emotional and spiritual care was just as important.  As wildfires continued to be fought and responders continued to come by the canteen a meal, a snack or a drink, Salvation Army Officers were available to provide a ministry of presence.

Last Wednesday morning, Major Ben Walters visited with some of the Forestry and Firefighter personnel who had arrived from Louisiana.  Their job was to operate bulldozers on the front lines of a fire and escort brush fire trucks to where they needed to be.   They clear breaks as well as set fires to create breaks ahead of wildfires.  Sometimes it works – sometimes it doesn’t.   These men put their lives in danger every time they drive into the fire to guard the rest of those involved, including those being affected from the destruction.  After they explained to Major Walters what they did, he asked if he could pray with them before they left for the day.   After he prayed, one of them told Major Walters “I’ve been doing this for years and I’ve never had someone pray for me before going out there.”

Each morning, Major Walters watched trucks replenish their water tanks; as he watched, he noticed the words “To guard my every neighbor” on the hood of a truck.  Those words spoke deeply to Major’s heart.   “There is no greater love than to lay down one’s life for one’s friends.” John 15:13 NLT.  Major Ben Walters states “I thank the Lord for allowing me to do this work.” As Major Walters prepared to leave, he said “It was an amazing experience.  Through the handshakes and the hugs, the kindhearted words, the mutual appreciation of service, I go home a very blessed man.”

As The Salvation Army crew packed up to leave on Saturday morning, there were many words of appreciation and blessings being shared.  Major Ernest Hull sated “The crew serving with me in Woodward was super!”

During service in Woodward, The Salvation Army provided 1,850 meals, 5,275 drinks, 3,420 snacks and 268 hours of service from Wednesday morning until Saturday morning.  Steven Hartsook, Divisional Emergency Disaster Services Director for the Arkansas-Oklahoma Division of The Salvation Army states “We are blessed in this division to have such amazing disaster workers that give of themselves in service to others.”