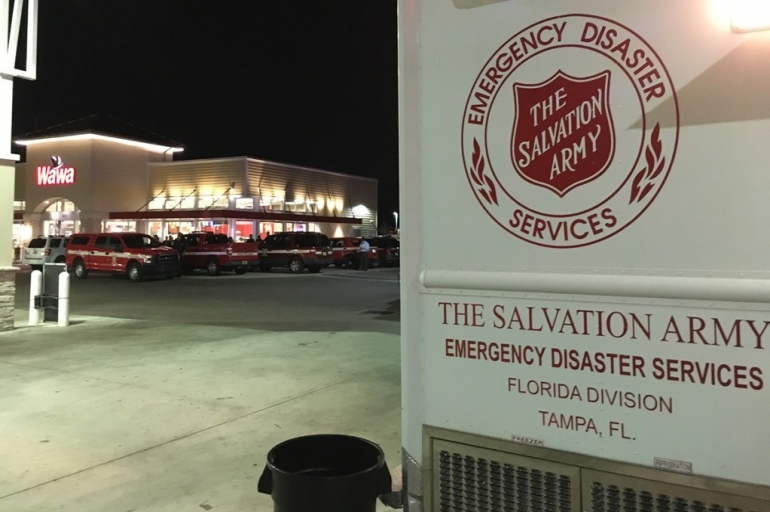 "When we arrived on scene the employees at Wawa were already handing out sandwiches and drinks to the first responders." Haupt continued. "It's not the first time we have served alongside Wawa, but I always appreciate seeing their generosity to our heroes."

Salvation Army teams in St. Petersburg just completed disaster training last week.  While hurricane season is on the horizon, Salvation Army disaster teams are actively serving in fire relief efforts throughout Florida.  Volunteers from Hillsborough and Pinellas counties stepped in tonight immediately when they heard that the fire was growing and immediately knew how they could help.

"I started taking the snacks and other supplies out on the front line to the responders and couldn't help but count myself priviledged to serve these men and women who are working so hard to keep our community safe and secure." Lt. Colonel Haupt explained.  "We are going to continue serving our responders tonight as the firefighters attempt to contain this fire.  The Salvation Army is grateful to have volunteers willing to step up in late nights like this."

People interested in volunteering or offering financial support to The Salvation Army in St. Petersburg can log onto our website at www.salvationarmyflorida.org/stpetersburg or by calling 1-800-SAL-ARMY.