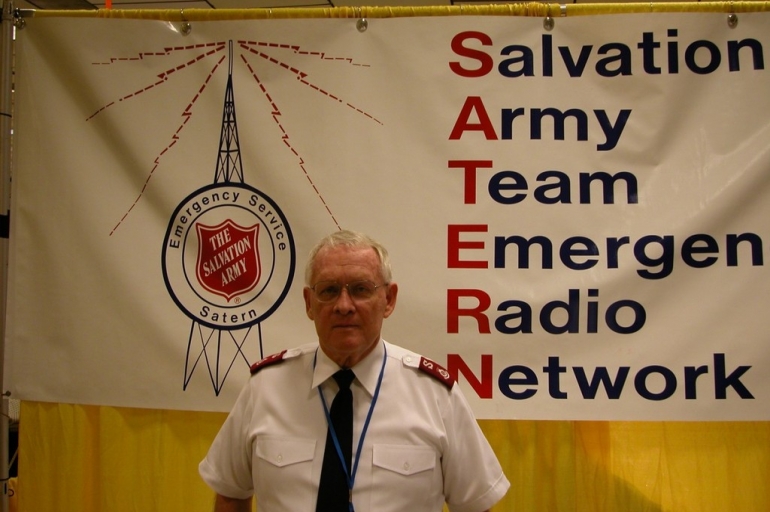 Xenia, OH (05/19/2017) – The CQ Magazine announced that SATERN Founder Major Patrick E. McPherson, WW9E (SK) is one of 18 inductees for 2017 to the CQ Magazine Amateur Radio Hall of Fame.  This brings the total number of members inducted to 310 since the hall's establishment in 2001.

The CQ Amateur Radio Hall of Fame, started in 2001, recognizes those who have made major contributions to amateur radio as a whole, and radio amateurs who have made major contributions to society at large. The activities and accomplishments that qualify one for membership in this elite group involve considerable personal sacrifice and can usually be described by the phrase "above and beyond the call of duty."

The full list of eighteen (18) inductees for 2017 (listed alphabetically) are:

• John Brosnahan, WØUN (SK) - President of Alpha Power, NOAA physicist and instrumental in design and construction of the HAARP facility in Alaska.

• Garrett Brown, W3AFF - Inventor of the Steadicam, which earned him both Oscar and Emmy awards for filmmaking technology

•  Limor Fried, AC2SN - Founder of Adafruit Industries, major supplier of open-source electronics to the Maker community; honored by President Obama in 2016 as a "Champion of Change" and by the Internet of Things Institute as one of the 25 most influential women in the IoT industry.

•  David Honess, M6DNT - Developed AstroPi project, which sent two Raspberry Pi computers to the International Space Station as platforms for students on Earth to write and run their own computer code in space; honored for this work with the Sir Arthur Clarke Award, presented by the Arthur C. Clarke Foundation and the British Interplanetary Society.

• Kristen McIntyre, K6WX - Apple software engineer and inventor (her name is on 22 granted or pending patents), promoter of STEM (science, technology, engineering and math) subjects for girls through various talks and YouTube presentations.