Tornado Survivor: With Anything Bad That Happens, Something Good Will Come Of It 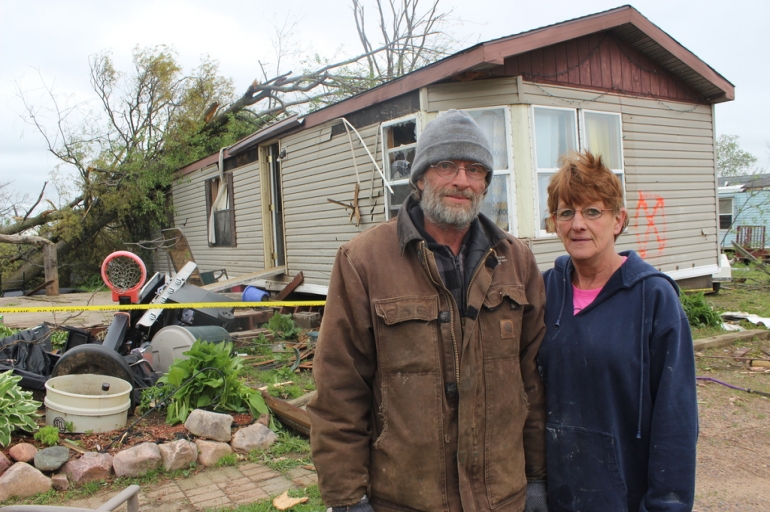 CHETEK, Wis. -- Once they heard that a tornado was heading toward Barron County, Darla Amundson and Kevin Duffield took off.

“We left. We were watching the news and decided to go with our camper to Sand Creek,” Amundson said.

Duffield is the compound manager at Prairie Lake Estates, the mobile home park that was leveled in Chetek, Wisconsin after an EF-3 tornado on Tuesday. One person was killed and 25 people were injured.

RELATED: "I Always Wanted to be Part of Something Special" Chetek Tornado Survivor Recalls Moments After Tornado Hit

When the couple returned, both said it was hard to process what had happened.

"I remember coming back thinking everyone was gone,” Duffield said. “I don't want to see this anymore."

He said their home had moved five feet in the storm. Oddly enough, Amundson said when she approached their home of four and a half years, the door was open but her laptop was still propped open on the kitchen table, untouched. There was also a glass table on their porch that was still intact.

Amundson thinks a tree near the side of their home and a deck prevented their home from flipping over, unlike their neighbor Mike Candler’s place.

On Thursday, Duffield was climbing on top of Candler’s home, via a tree, because he heard a faint meowing noise.

After a quick search, he found a litter of newborn kittens, alive and hungry. He carefully placed them in a flowerpot and lowered them down to two Humane Society employees.

After grabbing a lunch provided by The Salvation Army at the scene, Amundson took a look around her former neighborhood.

“I haven’t broken down yet,” she said. “But I believe that with anything bad that happens, something good will come out of it.”