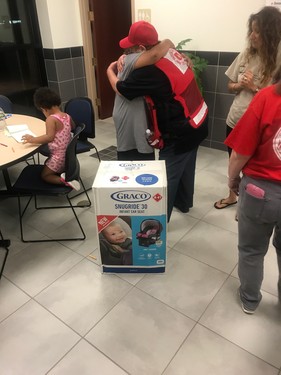 ONEIDA COUNTY, NY (July 1, 2017) – The Salvation Army Emergency Disaster Services Teams from Oneonta and Sidney are currently engaged in disaster relief operations alongside our partners at the American Red Cross. Teams are assisting residents evacuated due to flooding in Oneida County and Cayuga County as well as first responders still actively engaged in rescue operations in the Greater Utica area. In addition, our Service Unit personnel in Madison County are assisting residents and first responders in the Munnsville area.

This is still a developing incident.