EDS Provides Vital Relief for Those Affected by the Goodwin Fire 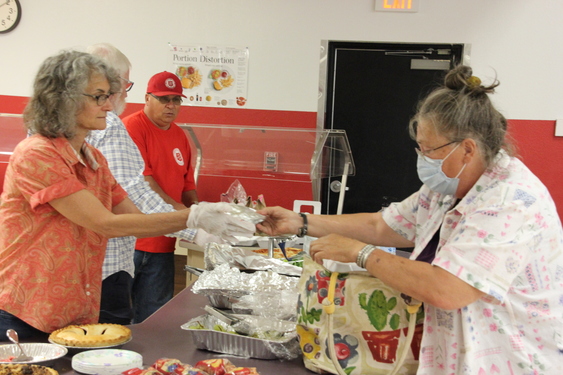 Prescott, Ariz. - The recent Goodwin Fire, which started south of Prescott, Arizona, burned over 28,000 acres, closing major roadways and requiring many residents of nearby communities to evacuate for several days.

At the request of Yavapai County Emergency Management, The Salvation Army mobilized its Emergency Disaster Services (EDS) team to send in reinforcements.

In the week that ensued, Salvation Army units dispatched from Flagstaff, Tucson, Show Low and Las Vegas helped served over 3,100 meals and more than 29,000 snacks at eight different locations - as well as distributed vital toiletries, clothing, bedding, water and additional food donated by generous corporate partners, local businesses and the community at large... all of who also donated their time and monetary resources to The Salvation Army to help their neighbors in need.

"I continue to be humbled by how this community, locally and in the Valley, join together to help their neighbors," said Lieutenant Mansoor. "In times of need, The Salvation Army is there, but that can only be possible when communities band together for the common good."