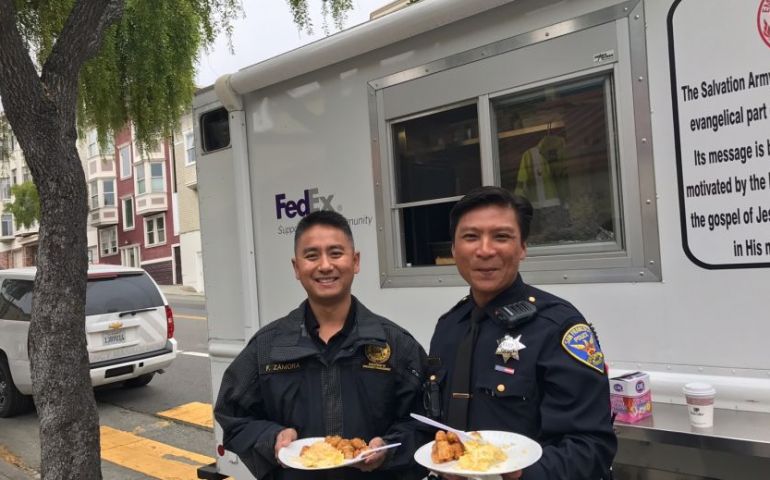 San Francisco, CA (July 31, 2017):  On Monday morning, The Salvation Army Emergency and Disaster Services team responded to a call to head to the scene of a standoff to serve first responders and evacuees. According to the San Francisco Police Department, on Sunday at 11:45p.m. police received a call about shots fired in the area of 15th and Beaver Streets near Corona Heights. Officers responded and found a woman suffering from a gun shot wound and she was hospitalized.

Several people have been warned to shelter in place as the armed suspect is refusing to surrender. Hostage negotiators and a SWAT team are in place.

An evacuation center has been established at McKinley Elementary School at 1025 14th Street. The Salvation Army EDS team has been deployed to provide hydration and breakfast courtesy of the Army’s Chef Anthony Pardi, as well as emotional and spiritual care for evacuees.

“We are privileged to be in a position to serve our community, and grateful to be able to help those affected by this tragedy,” said McKnight. The Salvation Army remains onsite cooperating with local emergency management agencies to provide for those in need.