With TD Harvey Reforming in Gulf of Mexico, ALM Canteens on Standby 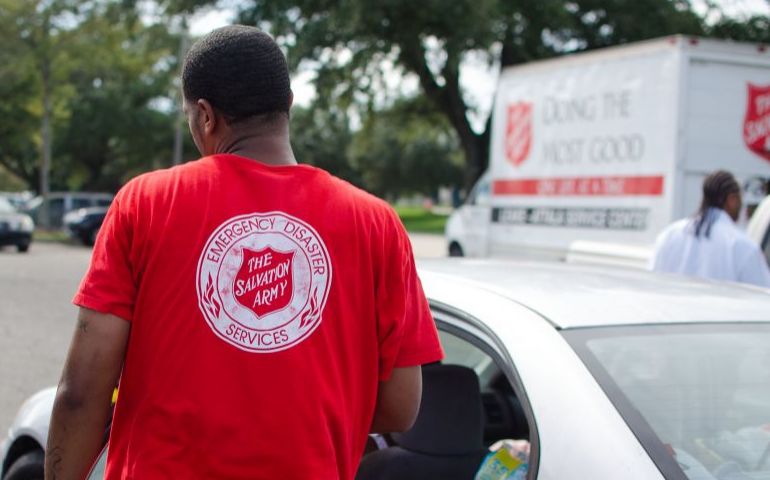 JACKSON, MS  – With Tropical Depression Harvey moving back into the open waters of the Gulf of Mexico, The Salvation Army of Alabama, Louisiana, and Mississippi(ALM) is preparing for the severe weather Harvey might bring to the Gulf Coast. Emergency Disaster Services Director for The Salvation Army ALM, Terry Lightheart says there is a strong likelihood Harvey could grow stronger as it moves through the Gulf.

“We are monitoring the storm closely,” said Lightheart. “We have all our canteens or mobile feeding trucks and personnel on standby to respond if we are needed.”

Lightheart says Harvey is expected to impact the coastlines of Texas, Louisiana and Mississippi within the next two to five days.

“Right now, we believe the biggest threat is from flooding, so we are asking residents to stay alert to their local weather reports,” said Lightheart. “And remember, large amounts of can fall in a short amount of time and flooding can impact communities quickly, especially in low lying areas.”

Lieutenant Richard Watts is Corps Officer at the Lake Charles, Louisiana Salvation Army. At this time, Southwest Louisiana is expected to receive heavy rain from Harvey.

“We have our canteen ready to respond when called upon,” said Lieutenant Watts. “We are staying in touch with local partners so we can work together to provide the best service should our community be affected. We know rain is on the way. What we don’t know is how much.”

The Salvation Army is working with state emergency officials monitoring Tropical Depression Harvey as it moves closer to the coast. The Salvation Army is prepared to provide food, drinks, and emotional and spiritual care to communities affected by the storm in the coming days.