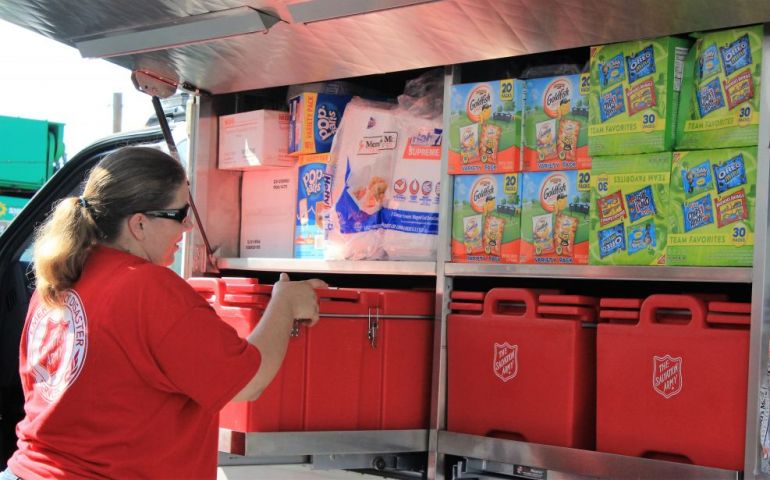 Corpus Christi, TX (August 31, 2017) Eleven mobile feeding kitchens (canteens) are on the ground in the Coastal Bend Area providing desperately needed food and water for people impacted by Hurricane Harvey.  Just as importantly, they are providing compassion and the love of Jesus.

The Salvation Army has an “army” of personnel serving in communities impacted near the eye of the storm.  Crews on mobile feeding units are serving many, including people in apartment complexes that are still without power, and a lady from Rockport who rode out the storm in a small metal building with her cat.

Here are a few eyewitness reports from Salvation Army crews on the ground:

Texas, The Salvation Army is here to help and we will be here for as long as you need us as you rebuild. It’s not going to be easy, but we are here to work alongside you every step of the way.

Checks can be mailed to: