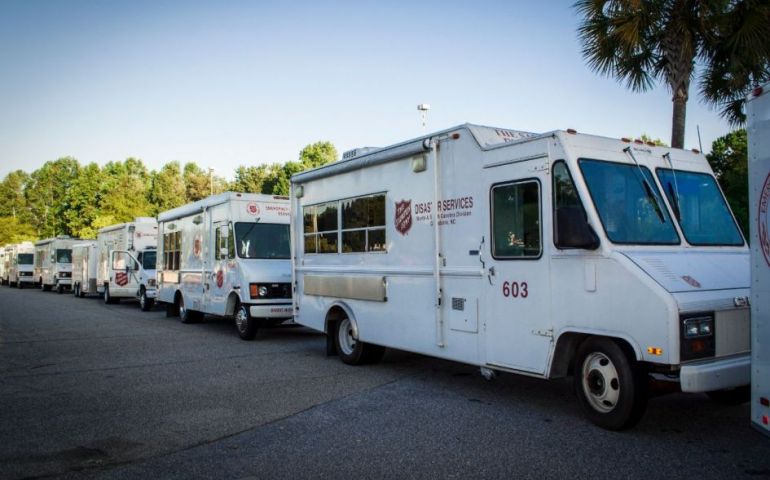 Charleston, S.C. (September 13, 2017) - Ten mobile feeding units (canteens) from The Salvation Army of North and South Carolina are on the way to a Staging Area in north Florida to serve people impacted by Hurricane Irma. Each canteen has a crew of food service workers and an emotional and spiritual care worker, ready to provide physical, emotional, and spiritual care to survivors and first responders. More than 40 Salvation Army officers, staff, and volunteers from North and South Carolina are deploying to help with relief efforts.   The Salvation Army has a network of trained disaster staff and volunteers, ready to serve when called.

“We are one Army with one mission—to serve others, meeting human needs in the name of Jesus Christ without discrimination,” said Major Todd Hawks, general secretary of The Salvation Army of the Carolinas. “The Salvation Army is here and we are standing strong for the community for as long as we are needed.”

The Salvation Army is in communities around the world and is uniquely positioned to mobilize effectively and efficiently to support survivors of a disaster.   With a network of trained disaster staff and volunteers, ready to serve when called, The Salvation Army will remain after immediate needs are met and continue to partner with impacted communities to rebuild, which will take years.