Emotional and Spiritual Care: An Essential Need in Disaster Response 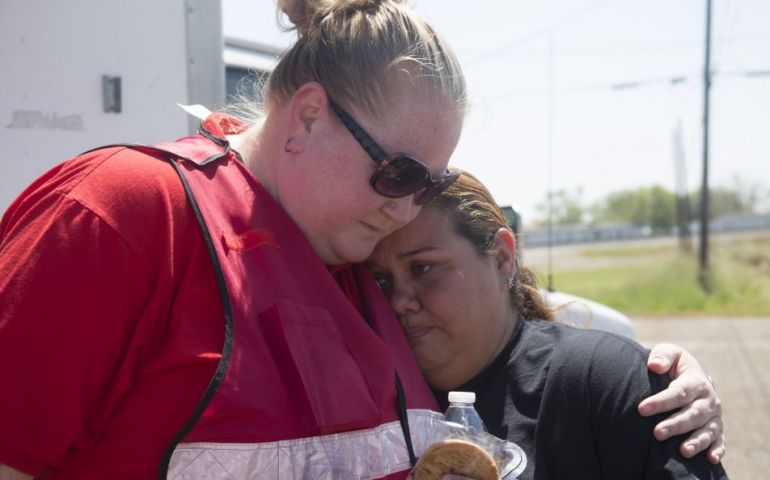 Victoria, Texas (September 20, 2017) - After a disaster strikes, The Salvation Army is immediately on the scene to provide food and shelter for first responders and survivors. In addition to the survivors' immediate needs, the Army also focuses on the emotional and spiritual well-being of those impacted. Trained emotional and spiritual care staff and volunteers are often dispatched to work alongside The Salvation Army mobile feeding units as they minister in hurting communities.

“A disaster changes us,” said Pastor Alexis Twito, coordinator of The Salvation Army Milwaukee’s chaplaincy program. “We don’t often notice the trauma right away, and we rarely see it in ourselves, but it is there and it can affect how we recover.”

Twito was deployed to Victoria, Texas, for two weeks in the wake of Hurricane Harvey. She and five other emotional and spiritual care (ESC) volunteers spent time visiting with area residents during neighborhood meal distributions providing a hug, comfort and if needed, a prayer.

“When people come to get a hot meal, they’re hungry...they’re not looking for a prayer,” Twito said. “Simply giving them a bottle of water and asking them how the cleanup process is going provides them an opportunity to talk. And before you know it, you’re hugging people, providing support and offering a blessing.”

The Army’s disaster services model includes emotional and spiritual support because it has enormous influence over physical aspects. People dealing with emotional trauma after disasters may see these symptoms:

The ESC team remains a vital part of services as the Army transitions from relief to recovery and rebuilding. “Recovery is exhausting and physically demanding,” said Twito. “We help throughout the entire process so people can rebuild and begin again.”