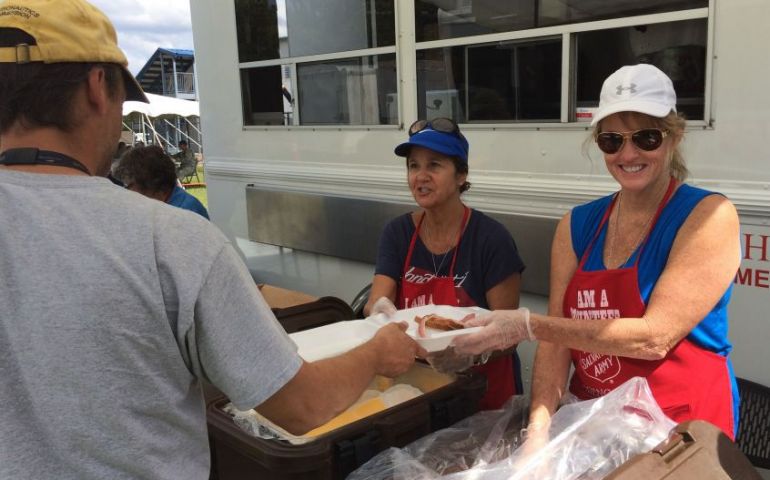 Columbia, S.C. (September 29, 2017)—The Salvation Army of the Midlands in Columbia, SC is providing hydration, snacks, meals and emotional & spiritual care to response personnel at the Federal Coordinating Center (FCC) as they prepare to support the transfer of patients from areas affected by hurricane activity. The Salvation Army response was requested by the National Disaster Medical System (NDMS) Coordinator.  Since service began on Saturday, September 23, more than 900 meals have been served.

During a disaster, The Salvation Army works in close coordination with state and local emergency management to strategically provide meals, drinks, and spiritual and emotional care to first responders and disaster survivors. In addition, The Salvation Army in North and South Carolina participates in annual Emergency Management training exercises, both at the state level and locally as requested by emergency management officials.

“Our trained emergency disaster response personnel are ready to support our government partners and agencies,” said Major Henry Morris, commanding officer for The Salvation Army of the Midlands. “Whether it is a state preparedness exercise, or to provide support with meals, water, and emotional and spiritual care to responders in the field, The Salvation Army is here, ready to serve.”