In Puerto Rico, Over 1.2 Million Survivors' Needs Met by The Salvation Army 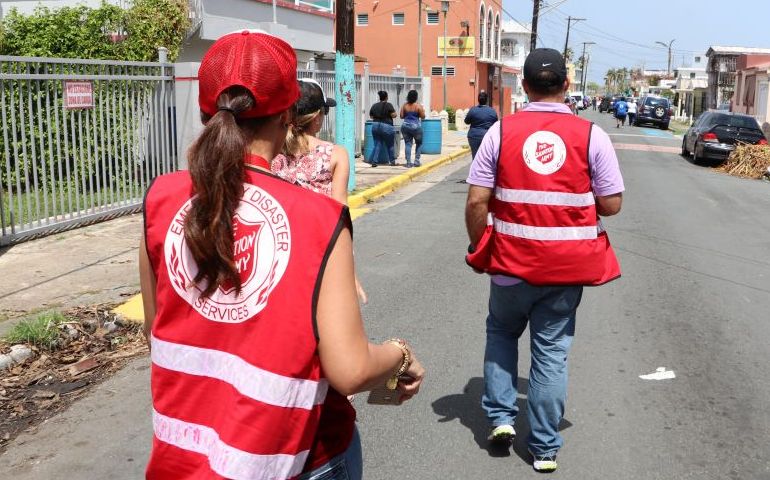 “Our deeper collaboration with FEMA and other strategic disaster partners has allowed The Salvation Army to secure additional resources to help the Hurricane survivor,” said Michael Orfitelli, Territorial Coordinator of Emergency Disaster Services. “The Salvation Army looks forward to meeting FEMA’s request, and continuing to help our communities move towards recovery.”

Some key updates for Hurricane Maria in Puerto Rico & Virgin Islands are (as of 10.3.17):

With a permanent footprint in the affected communities, The Salvation Army Disaster Services will continue to provide assistance until the need is met and beyond.

Response efforts to this hurricane and flooding are expected be costly and last for years. The best way to help after a disaster is to make a financial donation.