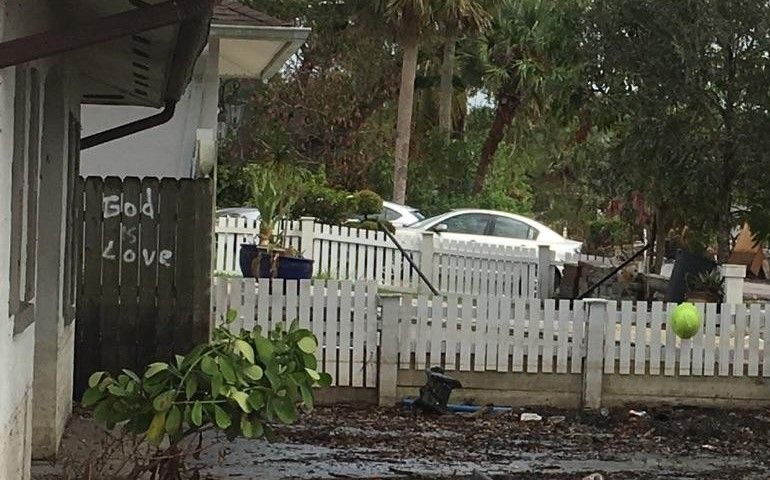 Bonita Springs, FL - Salvation Army Officer, Major Doris Lawrence, is using her bilingual skills to assist families coming into The Salvation Army Bonita Springs Service Center. A lady with her children came in tears and said she had tried calling FEMA several times before coming to The Salvation Army.  She explained that her English was not good enough to communicate with the operator and she became frustrated with working long days cleaning her home with little to no help.   Major Lawrence, who provides emotional and spiritual care, called FEMA and within minutes - set up an appointment at their office to speak to a representative.

“Bilingual volunteers are needed in this area,” said Major Lawrence.  “We are seeing several Irma survivors coming to the office in need of FEMA assistance and unable to communicate their needs.”

Every day for a week, Major Lawrence assisted between five to ten Spanish speaking families with assistance.  She has coordinated FEMA to come meet with the families at The Salvation Army center, simply because the families cannot get to their homes due to the overwhelming amount of standing water still in their neighborhoods.  Major Lawrence sat and talked with families for hours about their ordeal and their loss.  She lifted an emotional barrier by providing sympathy and understanding in a desperate time of need.

Major Lawrence, expressed her concerns about the Spanish speaking victims and their long-term recovery service needs in their area.  She was thankful for the Spanish speaking staff and volunteers, who continue to work tirelessly in this community.  Thanks to the bilingual skills of one Salvation Army Officer, many are finding hope with love and compassion.