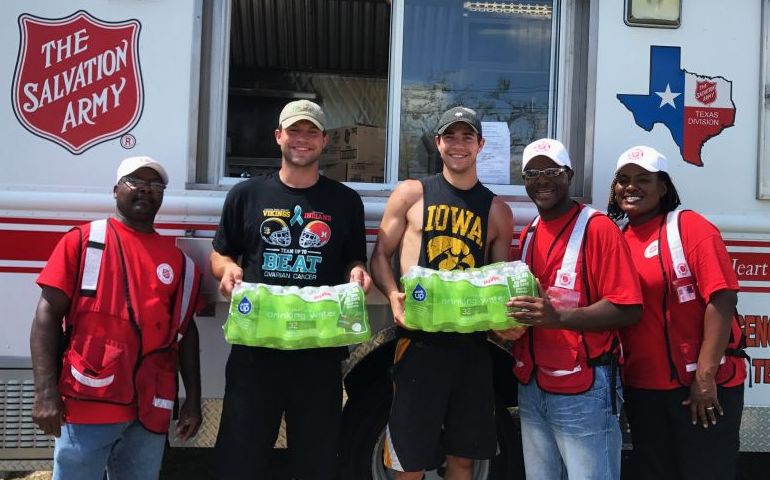 Holiday Beach, Texas (October 10, 2017) - “We thought there would be thousands of people helping in Texas and there really wasn’t, but The Salvation Army was there,” said Thomas Billmeyer.

After Hurricane Harvey ravaged the small coastal community of Holiday Beach, Thomas and his two colleagues drove 18 hours to Texas, from Iowa, to help out. He and his friends worked for several days to rebuild a Holiday Beach resident’s roof that was destroyed in the storm.

During the five days that Thomas spent in Texas, he became acquainted with The Salvation Army’s disaster relief personnel that were providing hot meals, hydration, and hope to survivors in Holiday Beach.

Thomas donated 30 cases of water to The Salvation Army to be distributed as part of the relief efforts. He is also the founder and CEO of Polární clothing, a company which supports the relocation and rehabilitation of endangered animals. Thomas also donated 100 items of clothing from the brand.

“Supporting The Salvation Army was a touching, heart-warming, and eye-opening experience,” said Thomas.