The Salvation Army's Impact is Being Felt Across Puerto Rico 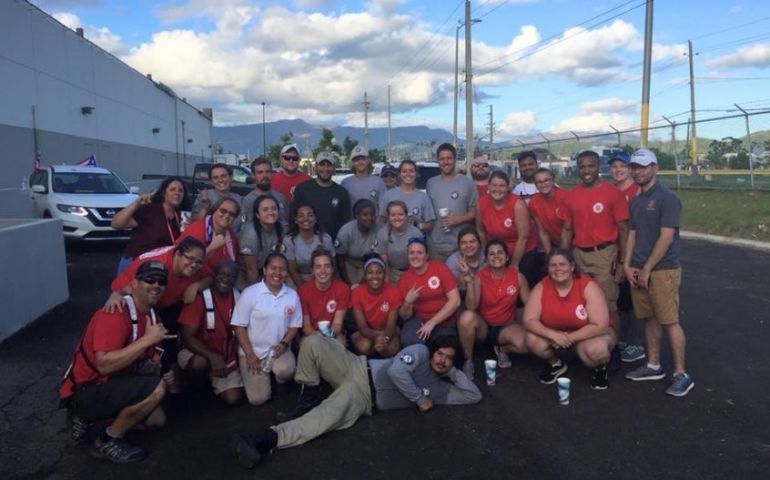 Puerto Rico (December 5, 2017) - Things are not slowing down for The Salvation Army in Puerto Rico.  In fact, things are ramping up in many areas as The Salvation Army continues to identify areas otherwise untouched since the hurricane a little over two months ago.  The team consisting of Salvation Army officers, employees, and volunteers distributed an astounding 115,887 meals, 129,997 cases of water, and thousands of prayers.

While distributing to a mountain community, Chelsi Mason, an Emergency Management student from Ohio Christian University and a Salvation Army volunteer, encountered a family in need made up of an older woman and a young boy. The boy lost his family and could not find them.  The older woman had voluntarily took him into her home.  She decided to act as an adopted mother towards him.  Chelso added, “It is so powerful when we are able to minister to those who are actually serving each other despite having nothing themselves.”

The Salvation Army has been actively involved in Puerto Rico for over 50 years, and our work continues to grow.  The people of Puerto Rico are our neighbors, and as needs present themselves we will respond with a meal, a cold drink, and the power of the Christ.