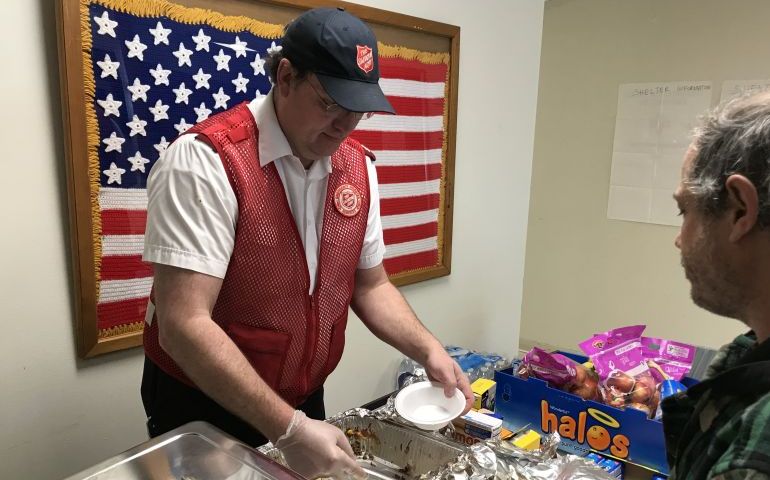 Plattsburgh, NY - The Salvation Army Emergency Disaster Services Team based in Plattsburgh, NY (Clinton County) has been on scene of an Ice Jam Flood in the City of Plattsburgh since Tuesday.  Our EDS team is currently providing a full range of services to the approximately 240 survivors who were evacuated from their homes.  These services include feeding, emotional and spiritual care and case work to ensure that all needs are met.

In addition. The Salvation Army is also providing hot drinks, water, snacks and hot meals to area first responders who are working to mitigate this flood.  As this incident is close to the borders between New York State, Vermont and Quebec, Canada, first responders from these areas are also assisting on scene and we are keeping our EDS counterparts from Vermont and Quebec updated as their areas are also seeing similar flooding.

“Our Plattsburgh EDS Team, under the leadership of Majors Mark and Robin Hager are doing a phenomenal job in meeting needs during this disaster.  It is further a testament to the hard work of the Majors and their focus on disaster ministry when you see the relationships they have forged with local first responders and other disaster relief organizations being they have been in Plattsburgh for less than a year.  Their team of highly dedicated volunteers along with their can do attitude is certainly positively impacting the lives of those they are serving.” said Michael R. Schwartz, Divisional Disaster Director for the Empire State Division of The Salvation Army.